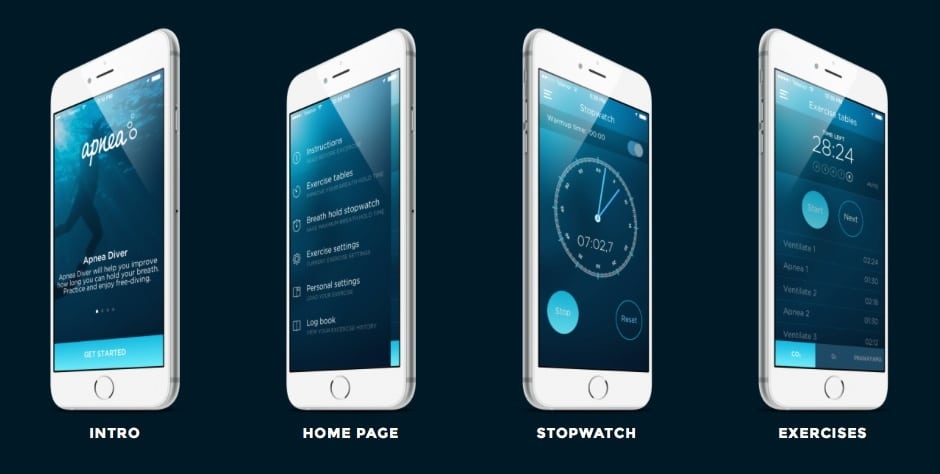 A new iOS app has been released that helps the freediver, spearfishing enthusiast or heck, anyone who wants to improve their aerobic performance.

The Apnea Diver app features a series of static training tables that the developers claim, if practiced three to four times per week with a buddy, could increase the capacity of one’s lungs and lengthen breath-hold time.

Users have the option to figure out their maximum breath-hold time via a stopwatch screen included in the app and saving the result to the app’s logbook.

The app also features three breathing training tables. The first — “O2” — is meant to help increase oxygen intake; the second table — “CO2” — is designed to help expel carbon dioxide; and the third table is called “Pranayama,” which the user can utilize to warm up the lungs before a dive session or just to meditate and relax.

The number of cycles for each exercise can be set by the user, and the logbook stores all the completed tables.

For more info, check out the Apnea Diver website.