According to a new scientific analysis , sea levels could rise by up toone-and-a-half metres by the end of this century. These findings were presented at a majorscience conference in Vienna.

The researchgroup is not the first to suggest that the IPCC’s forecast of an average risein global sea levels of 28-43cm by 2100 is too conservative.

This is substantiallymore than the Intergovernmental Panel on Climate Change (IPCC) forecast in lastyear’s landmark assessment of climate science.

Sea levelrise of this magnitude would have major impacts on low-lying countries, like Bangladesh. 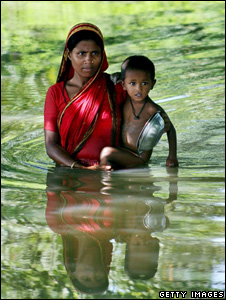 Photo from the BBC.

The new analysis comes from a UK/Finnish teamwhich has built a computer model linking temperatures to sea levels for thelast two millennia.

More on thisinteresting article on the BBC website at this link.

BSAC Announces The Launch Of The BSAC Egypt Licensing Agreement

BSAC has announced the creation of a new licensing agreement with the launch of BSAC Egypt.
Read more
Scuba Diving

Freediving Deepspot – The Deepest Pool In The World