Sofia Gomez Uribe and Jonathan Sunnex should be proud. Not only did the athletically inspiring pair host an amazingly relaxed, fun and inclusive freediving event for the first time in Dominica — they both also mustered the focus to perform at the highest level as participating athletes, garnering themselves a couple of spots on the overall leader-board. The inaugural Blue Element Freediving Competition came to an end after six days of diving with an astonishing 17 national records having been set, one Pan-American record and the world’s deepest performance by a woman in bi-fins; the latter two attributable to Gomez Uribe who may have surprised herself with these significant accomplishments.

“Johnny had such great vision for creating this comp, but trying to turn it into a reality in only three months seemed crazy!” Sofia said, “While the largest burden of the workload fell on his shoulders, as his partner in the effort I didn’t think I could help him pull the event off and do really big dives, but I DID! And I’m really happy.” 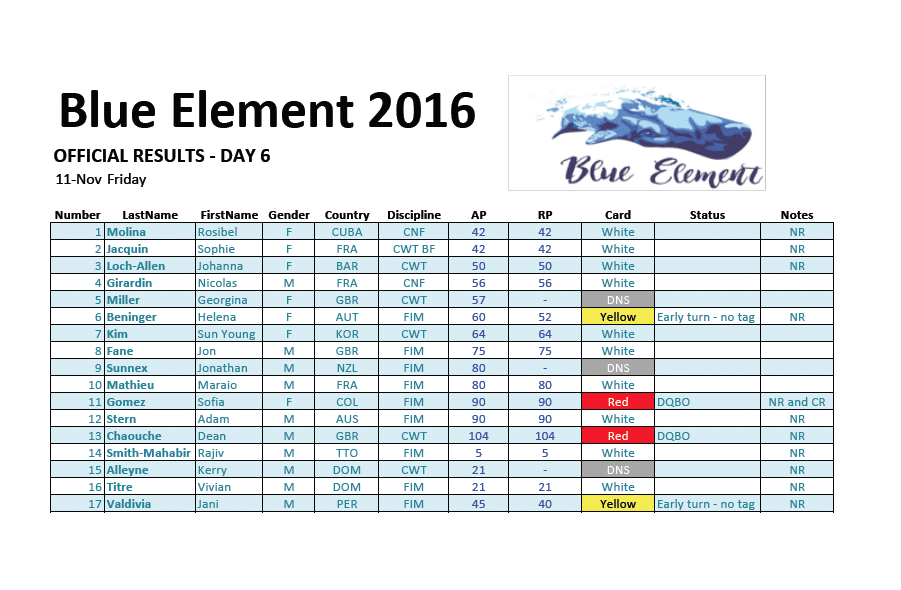 It is also worth mentioning that in a sometimes male dominated sport, the Blue Element comp had more female participants than male athletes and that the overall feature winner was actually Sofia as she handily eclipsed all of the men in amassing the most total points. Nicolas Girardin of France was also pleasantly surprised with his perch atop of the podium,

“I did not think that I would win this competition coming into it,” Girardin mentioned on a long and windy ride out to the airport the morning after the comp finished. “I imagined Dean Chaouche would take first place, but it’s a a good result for me.”


Jonathan Sunnex and Sophie Jacquin both managed to collect only white cards during the competition and Jacquin effectively took over as the top female freediver in France as she nabbed new personal bests and titles in all three depth disciplines.


While Dean Chaouche may not have ended the competition the way he wanted to, (the CWT record he sought for Great Britain remained out of reach for him), the soft-spoken & dedicated freediving instructor should be proud of his new no-fins national record of 78 meters and for making the deepest dive in the free immersion category at the comp with 91 meters.

Stay tuned as there will be even one more, new wrap up video from the Blue Element crew to come and mark your calendars for 2017! 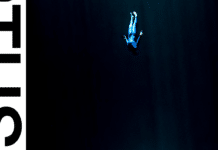