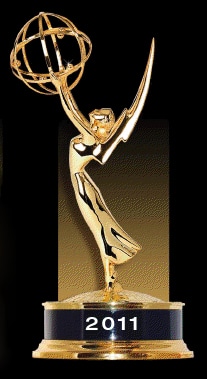 Becky Kagan Schott and David Schott, owners of Liquid Productions, LLC have won an Emmy Award for the Feature News Report category from the National Academy of Television Arts and Sciences for a film shot for CBS on the Eagles Nest Cave in Florida.

Discovered in the 1960s, the Eagle’s Nest in Florida, stretches for thousands of feet and has only has one entrance. Divers say there are times when the water inside Eagle’s Nest is as clear as air.

The Emmy’s are awarded for excellence in American Television with the first award being given in 1949.

You can watch the CBS Eagles Nest Cave Story here.