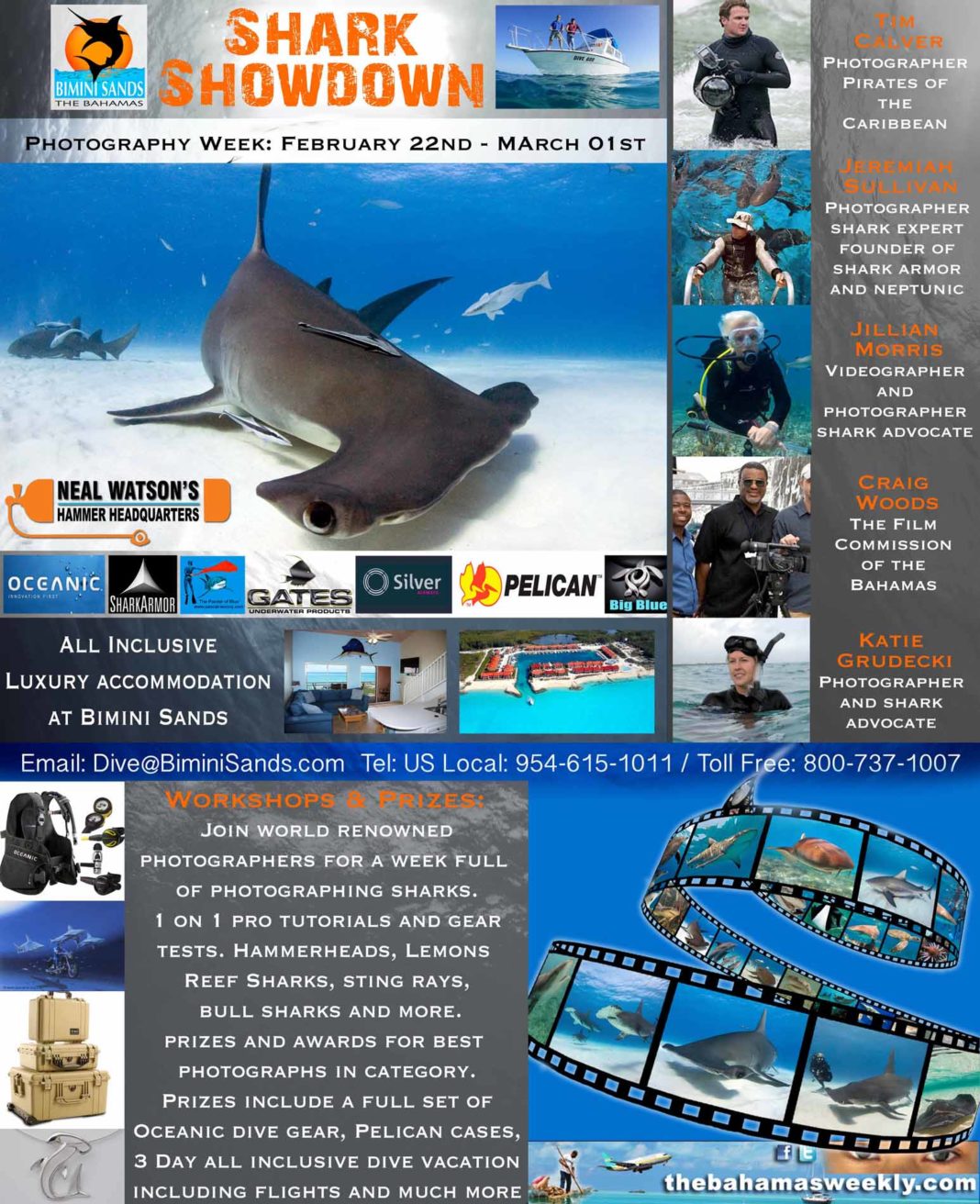 Bimini Sands and Neal Watson’s Hammer Headquarters have announced that their “2014 Shark Showdown Photo Week” will take place from February 22 to March 1, 2014.

Underwater shutterbugs will have their photos judged by an impressive panel:

Bimini has been at the forefront of shark science and shark conservation for decades with the establishment of the world renowned Bimini Biological Field Station (Sharklab), the world’s first Shark Free Marina and as part of the Bahamas Shark Sanctuary. Divers have also enjoyed countless species on various dive encounters, but this event marks the islands biggest media event dedicated solely to sharks.

“Each year the great hammerheads migrate through the crystal clear waters of Bimini,” according to a Bimini Sands press release. “Neal Watson’s Hammer Headquarters offers encounters with these majestic creatures lead by guides who developed the site and have over a decade of experience diving there. Part of the proceeds from each diver goes directly to local shark research and conservation efforts.”

The weeklong event includes shark diving, a wild stingray encounter, wild dolphins, a mangrove snorkel, all meals & beverages, luxury condo accommodation with the dive boat nearby, pro workshops and one-on-one tutorials throughout the week, and prizes including gear from Oceanic/Aeris, Pelican, Shark Armor, Pascal Lecocq and a weekend getaway with airfare and diving at Bimini Sands.

Olivia Thomas has been named as the latest recipient of the Zale Parry Scholarship by the Academy of Underwater Arts and Sciences.
Read more
Scuba Diving

SSI has expanded its XR rebreather program with the addition of two new units to its list of approved rebreathers.
Read more
Scuba Diving

PSS has announced an extension to its complimentary eLearning and certifications program through the end of 2021.
Read more