Kalamata, Greece — On the last day of the Med Cup British freediver David Tranfield recognized a new national record after going head to head with the UK’s previous CNF title holder, Ed Wardle. Tranfield was determined to reach a depth of 56m and despite the tension that a competition brings, his goal was achieved.

“It was a tough dive from being amidst such strong competitors my nerves led to a bad duck dive and then I even had to deal with a nose clip that barely held on!” exclaimed Tranfield but persevere he did to perform a successful 56m “no-fins” dive in a super Elios 1.5 mm suit wearing just under 2kgs of weight.

David now has just under a week to rest before he defends his new title at the World Championships that start on September 19th. Tranfield said “It’s been another fantastic competition organized by Stavros Kastrinakis and his amazing safety team who all the competitors owe their thanks too.” 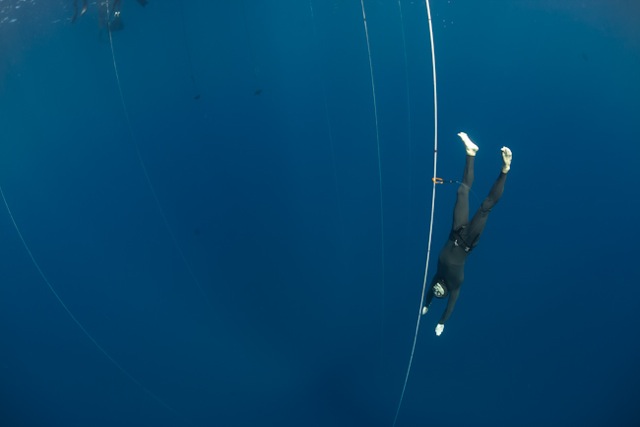