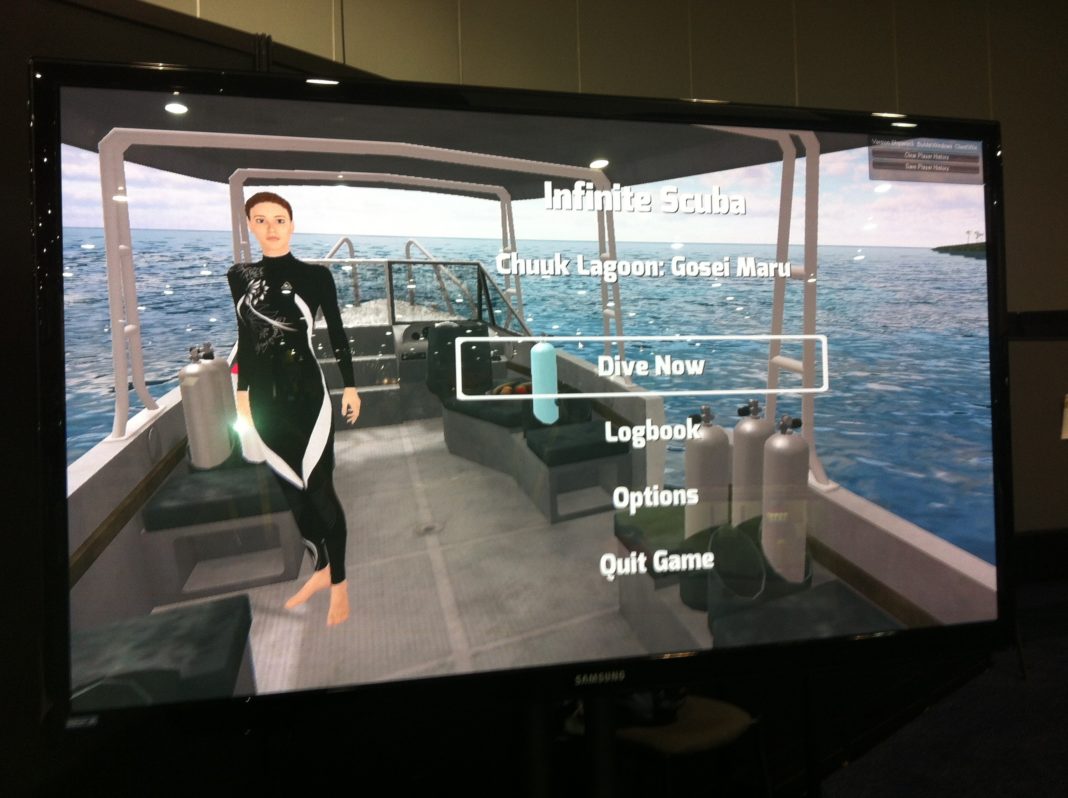 “Mission Blue is delighted to partner with Cascade Game Foundry on Infinite Scuba,” Sylvia Earle, Mission Blue founder and National Geographic Explorer-in-Residence, said in a statement released this morning. “The game lets anyone scuba dive in remote real-world locations where they can discover undersea wildlife, learn dive science, and take photos to share with their friends. Experiencing the beauty, mystery, and fragility of the ocean in such a hands-on way will inspire the people who play the game to protect our planet’s blue heart. Infinite Scuba directly reflects the Mission Blue goal of exploring and caring for the ocean, so this is an exciting partnership.”

CGF Managing Director Kathie Flood said the company is “honored to be working with the world-renowned leader in the marine environmental movement on Infinite Scuba.”

“Sylvia Earle is a legend in the field. As divers and environmentalists ourselves, we are delighted to have our players learn about the work she and her organization do to protect the ocean, and we are building new dive sites and activities that reflect their research,” Flood said.

CGF this week introduced a beta version of Infinite Scuba at DEMA Show 2012 in Las Vegas. The game “enables players of all ages to experience the beauty, mystery, and serenity of scuba diving in breathtakingly recreated dive sites around the world,” according to a company statement.

In the initial beta of the downloadable game, players explore Chuuk Lagoon  in the South Pacific and the site of a pivotal World War II battle between Japanese and U.S. military forces.

Players search for fish and coral, as well as many other artifacts from the war, each of which unlocks a page of local history or dive science, according to the company statement. “Players exploring the wrecks can take photos to share with friends and earn diving certifications which unlock additional content. Players can easily purchase and download new equipment, challenges, and dive sites from inside the game,” the statement adds.

“By combining the beauty of the undersea world with the science and adventure of real diving, we will appeal to scuba divers and experienced simulation gamers, as well as more casual gamers interested in exploring and learning about the world’s oceans,” Flood said.

Flood told DeeperBlue.com that the company is putting the finishing touches on Infinite Scuba for PC and MacOS for release in the first quarter of 2013.

For more information, check out www.InfiniteScuba.com.