Vivid-Pix, a new software program for correcting underwater pictures, was unveiled this week at DEMA 2012 in Las Vegas.

“We’ve taken a look at the picture-taking marketplace, and we broke the shooter down into three groups: pro, prosumer and amateur,” Vivid-Pix Principal Rick Voight told DeeperBlue.com. “Pros generally get the right picture because they do the light balance, they have the right equipment, etc. Prosumers tend to get the majority of their pictures right because they have good gear, and they have very heavy functional software.

“But the 80-90 percent of consumers are using anything [from]  a thousand-dollar camera or a point-and-shoot with a housing, and there tends to be certain things that go wrong with their pictures,” he continued.

“So we built our program . . . in order to be able to improve those pictures,” he added.

“What’s unique about it is that it’s not a heavy software, it’s a one-click picture fix,” according to Voight. “It’s a very intelligent, very robust software, that analyzes each individual image, then it’s able to provide the choice to the consumer.” 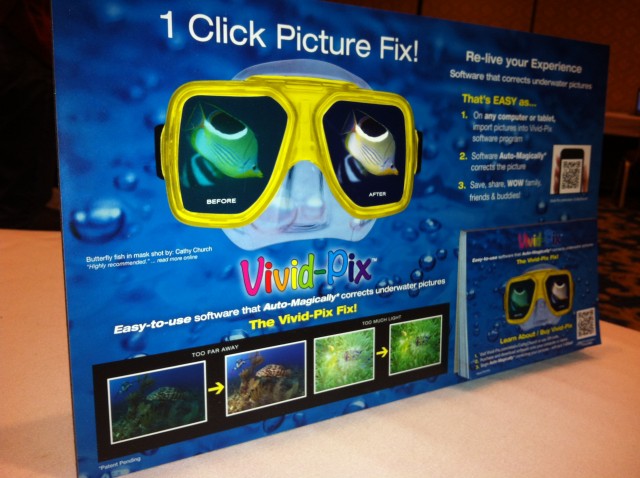 Check Out The Latest Job Openings At DAN