UPDATE 22:30 GMT Sunday 8th March: We understand that the people in the photo have been identified and authorities are going through legal proceedings. There has been some unfortunate negative backlash against those trying to seek information about these divers on Facebook. In response we have removed social media links as well as updated this article with the latest information.

Capt Paul Watson of Sea Shepherd, who had issued a reward for information on the divers, has also remove his social media posts on the topic.

Freedivers, Spearos and Scuba Divers woke up to a terrible sight on Facebook on Saturday 7th March.   A picture of 4 freedivers posing over the body of a dead dolphin.

The original Facebook post was made on 23rd May 2014 from Pisa, Italy and put out a call to every share the photo in an effort to identify, shame and bring to justice the divers in the photo. Originally no matches were found for the divers but renewed interest has meant that we understand authorities have identified and are dealing with the men in the photo. 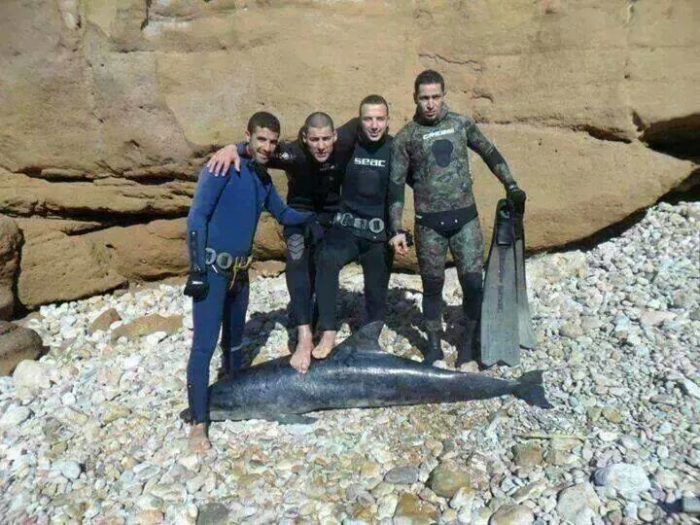 The National Park System and the NOAA Marine Debris Program have announced a partnership to increase outreach and awareness.
Read more
Ocean

Preserve A Loved One’s Memory With A Reef

You can now remember a lost loved one with a memorial reef in the ocean.
Read more
Ocean

Episode 18: Exploring the Underwater Wrecks of the African Slave Trade with Ken Stewart

What is slated to become the deepest pool in the world is getting closer to opening.
Read more