The tale of the RMS Lusitania is shrouded in both tragedy and mystery. Briefly holding the illustrious title of the largest passenger ship in the world, Cunard Lines’ prize, 38,000-tonne trans-Atlantic voyager was sunk on her 202nd crossing. Torpedoed by German submarine ‘U-20’ on Friday 7th May 1915, the sinking is, to this day, considered one of Britain’s most devastating marine tragedy’s, in which 1,198 men, women and children perished in the frigid seas 11 miles off the coast of western Ireland. An international outcry ensued, the public of Britain and the ‘then-neutral’ America condemning the actions of the Germans, who had, in their opinion, breached the rules of war and murdered innocent individuals. The Germans, however, claimed Lusitania was carrying thousands of tonnes of ammunition between the two allied countries and therefore provoked an attack. Could the ammunition aboard have been responsible for a secondary explosion and subsequently the extensive loss of life?

Lying on her starboard side in 91 meters (300 feet) of water, the wreck of the Lusitania is rapidly deteriorating due to corrosion combined with the potency of tides and currents in the Celtic Sea. Due to the poor condition of the superstructure, there have been recent attempts to list the wreck as a World Heritage Site. However, litigations and ownership disputes are slowing the protection of this world-famous wreck.

In 1931 notable submarine pioneer, Simon Lake created a syndicate and negotiated a contract to salvage the Lusitania. A daring and ingenious operation was proposed in which divers would descend within a steel tube, 5 feet in diameter, which would be submerged from the surface. The bottom of the tube would be composed of a dive chamber which would rest on the deck of the shipwreck. Once the chamber was pressurized divers would exit the device and search the wreck for items of historical value. While the device was constructed and tested, the operation eventually proved to be both expensive and time-consuming, and consequently, Lake’s contract expired at the end of 1935.

Over 30 years passed until the Lusitania was sold by the ‘Liverpool and London War Risks Insurance Association’ to former US Navy diver John Light and Gregg Bemis. The duo paid £1,000 to buy the wreck in 1967 and by 1982 Bemis became the sole owner. He assumed that the scrap material was worth infinitely more than the cost of salvage efforts and would, therefore, be a profitable purchase. Court proceedings ensued and unfortunately for Bemis, the ‘National Monuments Act’ prevented the majority of expeditions for 20 years. It was not until 2007 that the act was overturned, finally allowing Bemis a five-year exploration license to conduct meaningful research.

It was during these licensed dives that over 4 million rounds of ammunition were found within the wreck, proving, without doubt, that the Germans’ claims nearly a century ago were true. Other artifacts were found on the wreck including three brass propellers, two bow anchors, thousands of embossed spoons, Cunard dinner sets, the ship’s bell, and a telegraph machine, the latter of which was lost causing further tensions between salvage hunters and ‘Arts & Heritage Acts’. Perhaps the most valuable artifacts on-board the Lusitania at the time of her sinking were a collection of paintings owned by notorious art dealer Sir Hugh Percy. His collection included pieces by Monet, Rembrandt, and Rubens. Before his drowning aboard the Lusitania, Lane had sealed the masterpieces in lead pipes. The paintings have never been found. These paintings insured for 4 million dollars in 1915, would be considered priceless in the modern-day.

With the ship rapidly decaying into oblivion the opportunity to dive Lusitania is ever smaller. The shallowest point of the wreck, which in the ’70s was only 70 meters (260 feet) below the surface, now lies well past the 90 meters (300 feet) mark – the superstructure is decaying at alarming rates. Many divers have run into troubles while diving; deep sections, as well as strong currents and low visibility, create a precarious experience. Diving at slack tide, with plenty of air and a Helium gas mix, is crucial; oxygen toxicity at this depth can be deadly.

Divers from various institutions and dive clubs have obtained licenses to dive the wreck and have described the experience. Descending past 30 meters (100 feet) light begins to fade and currents caused by divergence around the old head of Kinsale bring a thick emerald hue to the dive. At 90 meters all light disappears and strong lamps are needed to illuminate the wreck. Nautical artifacts are apparent across the vast debris field, and historical pieces such as ornate furniture, telegraphs, whistles, and funnels still lie on the sea bottom. Extensive blasting from previous salvage expeditions have destroyed the once regal stern section of the ship and there is, unfortunately, no clear evidence of an intact structure.

While expeditions have failed to find any items of a significant national treasure, it is important to state that although the Lusitania does not share the tragic irony of Titanic or the staggering beauty of Britannic, the remains of Lusitania should be protected and preserved for educational purposes. Paintings and gems may stir interest among the general public, yet Lusitania’s history of greed, politics, and controversy is as intriguing as any treasure and act as a reminder for future generations. 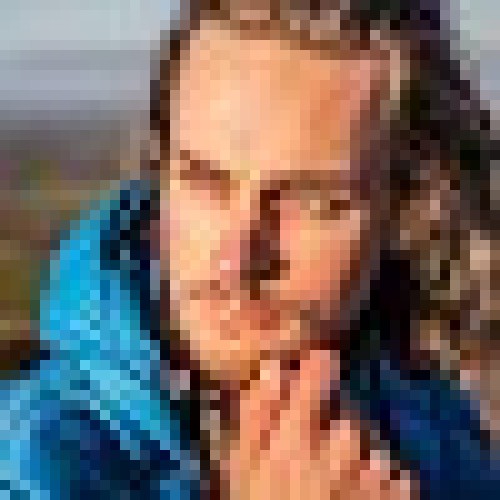 Chris Vyvyan-Robinson
Chris has amassed over 2000 dives around the world but his ideal location to dive is the Azores Islands in the mid-Atlantic, where he's worked for the last five seasons. A PADI MSDT instructor, Chris graduated from university in 2016 with a degree in film and journalism. Chris' passion is to document the underwater world through many forms of media; his particular passions are sharks and whales. His documentary depicting the adapting generation of whale hunters on the island of Pico won a Royal Television Award in 2017.