Doc’s Got You Covered 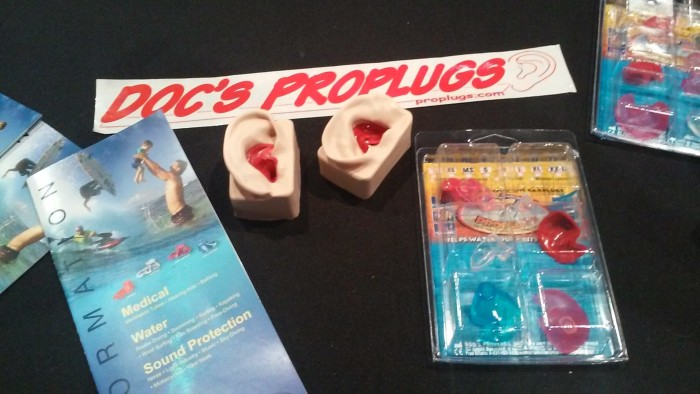 The story goes that the Doc took up surfing in the seventies at the ripe old age of fifty, and soon began to notice a high rate of exostosis (surfer’s ear) harshing the stoke among his fellow wave-riders. Hypothesizing that it was cold air hitting the eardrum that was causing this unwanted bone growth, he set about developing his patented Doc’s Proplugs which fit comfortably inside the shell of the ear to protect watersport enthusiasts from extremes of temperature and pressure.

The unique shape of the earplugs offers a variety of benefits, and paired with the valve in the actual plug portion, it covers all your dive-related ear health needs.  The bowl-shaped shell that fits inside the ear distributes the pressure of the surrounding water against the plug, saving your sensitive eardrums from the brunt of all those atmospheres above. This aids in controlled equalization, which every diver can appreciate.

The pinhole valve lets sound through so you can still hear the other surfers on the line, but it constricts the flow of water to just a trickle, so by the time it ever touches your eardrum, it’s already been warmed up by your body heat.  That goes a long way in the prevention of another water-related malady: thermal reflex, an uncomfortable condition characterized by extreme nausea that can last up to three days, and which is caused by cold water coming into contact with the eardrum.  With a price point of $13.95, they’re a great value, especially since the durable Kraton polymer plugs generally last until you lose one.

Doc likes to keep things local and in the family. DeeperBlue.com got the charming story of the product’s origin from none other than Doc‘s own grandson Sean, who was manning the booth at DEMA Show 2014.

Sean‘s dad Doug is responsible for accounting and some of the company administration, while Doc‘s daughter Brenda, owner of Hotline Wetsuits, provides the warehouse and shipping facilities that get Doc’s Proplugs distributed worldwide. Brenda’s daughter Noel is also actively involved with both companies, and was roaming the aisles on the convention floor the day we stopped by.

Doc‘s original plugs were injection-molded locally in Santa Cruz, California, and the caricatures that grace the packaging are, according to Sean, a disturbingly accurate likeness of Doc done by another local, an artist whose work Doc is pleased to showcase on his promotional materials.

Get your own pair of Doc’s Proplugs by checking out their list of vendors at www.proplugs.com, and check out what else you can use them for while you’re there because, as young Sean Scott assures us, “They have more applications than you’d think.” 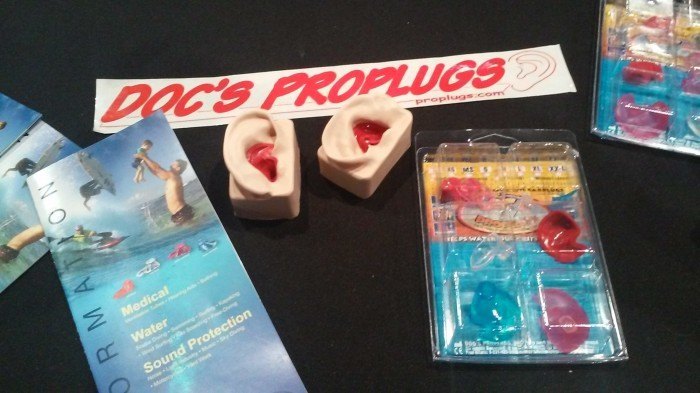