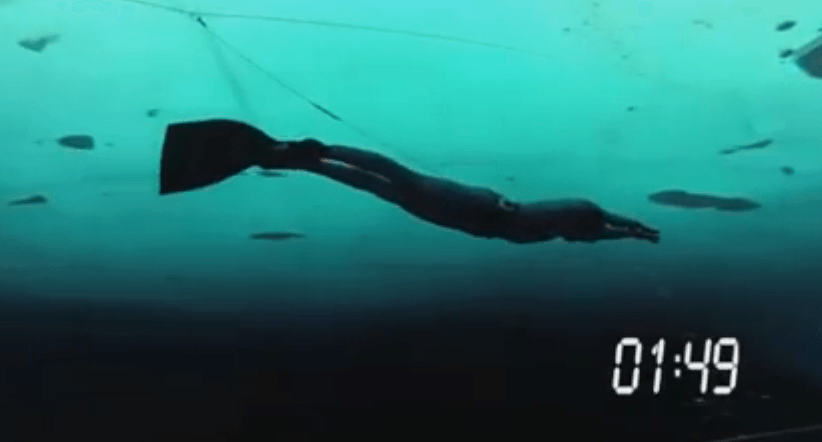 The one-hour broadcast, “The Man Who Doesn’t Breathe,” will air on the National Geographic Channel at 6 p.m. Eastern Time on Sunday, October 26th. It first aired in Denmark on the Discovery Channel on October 20th, 2013.

Check out DeeperBlue.com‘s September 2013 interview with Stig on his record-breaking swim by clicking here.