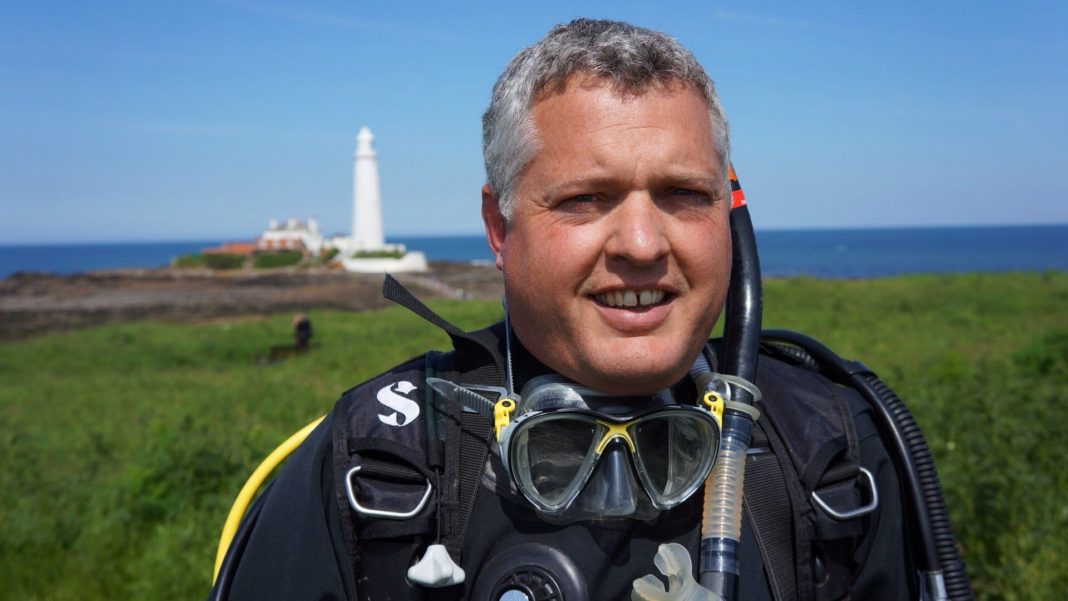 Diver training agency RAID International recently announced that James Rogers has been appointed to the position of Distributor for the U.K. and Malta with responsibility for RAID business development in that region.

Beginning on June 1 and based in Newcastle and London, Rogers has started to work alongside U.K.-based and RAID International Training Director Paul Toomer and the RAID International Team to promote RAID globally, applying his expertise and experience to grow and advance the business of diving, according to a company announcement:

James started diving in 1991, with a Bristol based dive centre and joined PADI in 1993. In addition to being an Open Circuit Instructor, James qualified as a SCR Instructor in 1997. He worked extensively with Douglas Nash, former Vice President of Sales and Marketing for PADI UK to grow and advance the UK dive market. He served in various positions at PADI including Distribution Co-ordinator, Sales Consultant, Sales Manager, Director of Sales and Field Services and Director UK Business and as such worked directly with most UK dive centres.

James is also well known internationally. In his near 20 year tenure with PADI, James Rogers was a regular attendee at international functions including all the UK Dive Shows and DEMA.

RAID already leads the way with the first fully online training platform; however it’s the redesign of the RAID courses alongside the new executive and key staff acquisitions that is truly exciting for the industry. James said: “RAID is utilising best practises of diver education and delivers a full range of diver training courses in ways never seen before. Simply put, it’s a “must” explore situation for all Dive Centres. Remember RAID speaks to non-divers as only a purely B2C online business model can, and allows its Members to train divers professionally whilst strengthening, not weakening, the dive training experience”.

RAID has the philosophy to build its international and local teams with experience staff that know the business on the ground. So RAID executive now consist of individuals like James who have a wealth of industry understanding and personal energy to serve RAID customers and continue to improve the industry for everyone’s benefit.

The latest dates for citizen science expeditions to Socorro island and the Sea of Cortez aboard the liveaboard Quino el Guardian have been announced.
Read more
Scuba Diving

The latest works to feature in the Underwater Museum of Art (UMA) off the coast of north Florida have been installed.
Read more
Diving Travel

If you're on a dive boat operating off the USA, from now on you'll need to wear a mask to mitigate the spread of COVID-19.
Read more