Plans for the UK getting a new, really, really deep pool called the Blue Abyss, making it the largest facility of its kind in the world, appear to be moving forward, with a location now slated for Liverpool.

According to a Blue Abyss newsletter sent out this month:

“In the late summer of 2018 we were made aware of the Wirral Waters regeneration project within the Mersey Waters Enterprise Zone. From first review, a significant, natural synergy between the region’s commercial maritime interests and history and our objectives, was evident.

In the ensuing months, we built a very good network of connections amongst local and regional government officers, alongside commercial organisations in the local maritime sector, and forged a strong relationship with the owners of the Wirral Waters site, part of the Peel Group.

With the support of the local maritime community we have also made significant inroads at national level with Maritime UK, and the Department for Transport.

On the strength of these developments, we have engaged with a substantial international equity fund that has expressed a firm interest in providing the build capital requirements for the Wirral Waters Blue Abyss facility in full.”

Design and planning approval is slated for completion by this Summer, with construction beginning potentially just before, or around that time frame and official opening in the Spring of 2021.

The Blue Abyss is designed to be the world’s best underwater research, training and development facility and will cater to scuba divers, freedivers and commercial divers. It is slated for multiple levels that offer different depths for activities ranging from scuba diving to freediving, as well as a 50-meter/164-foot-deep shaft.

Check out a concept video below released in 2016 — produced by Cityscape Digital — of what the pool would look like, complete with divers and astronauts training for a space mission, as well as a more recent promotional video. 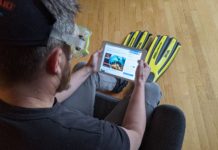