Four months after launching an Android app, RAID announced that it had launched a version for the iPhone.

The RAID iOS app is designed to allow divers to complete their theory training, do quick quizzes as well as the final exam and the practical skills sign-off by a RAID Instructor online or offline, 24/7 anywhere on the planet.

Coursework done on the app while offline can also be auto-synced once an Internet connection is established.

Barry Coleman, RAID founder and leader of the company’s app development team, said “the RAID Apps are packed with special features and are so easy to use. Typical of many RAID products, we have focused on utility and functionality with our Apps and deliberately avoided the temptation of loading up a lot of unnecessary graphics which do not really aid the learning process and only create useability issues in areas where connectivity is poor.”

The Apple iPhone version is available on the Mac App Store for devices that run the iOS8 operating system; the Android version can be found on the Google Play Store. 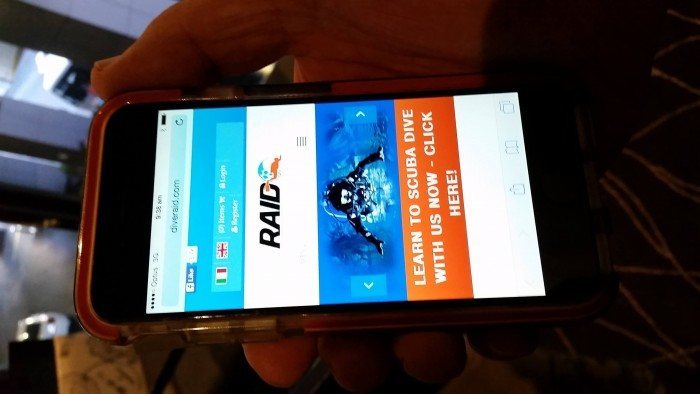 SSI Announces The Release Of Its Upgraded MySSI App