As I read Shark Super Powers by famed shark conservationist Jillian Morris and her underwater cinematographer husband Duncan Brake, I can’t help but hum those ridiculously catchy lyrics to “Baby Shark“.  There is just something so very appealing about this very easy-to-read children’s book that depicts sharks in a clear, scientific, yet easy to consume way.

“Sharks need pals; people that love them as much as me . . .and Jillian and Duncan who wrote this book.” Steve Backshall

Geared for young readers (or as a great bedtime story), Shark Super Powers is richly illustrated by Steve May and features profiles of 14 sharks, ranging from the Tiger Shark to the Goblin Shark over 33 pages. The book also contains a detailed Index and reference list for further study.

Each chapter describes the shark’s “superpower”, some characteristic or adaptation that is unique and interesting. For example, the Goblin Shark’s “superpower” is it’s “Slingshot Jaws”, and there are a brief description and illustration to accompany the detailed “facts list”. From “Weaponized Face” to “Armor Plating”, the various “superpowers” are fascinating to read about.

Each page has a beautiful illustration, the “Fast Facts” section, a picture of the shark, a description of their unique “superpower” and an illustration of a tooth from the shark. Beachcombers can enjoy identifying that cool tooth they find and snorkelers and divers can tell what that beautiful shark is!
In his forward to Shark Super Powers, writer, explorer, television producer, and BAFTA-winning naturalist Steve Backshall, writes “let your friends and family know, that sharks are jaw-some and that without our help they might disappear from our oceans.”

As a diver and marine conservationist, I think this book is fascinating. It is easy to read, richly illustrated, gives solid information to young readers while being entertaining. As an educator, I feel Shark Super Powers should be included as a part of every elementary school science class. As a parent, I wish that we had books like this when my kids were young!

Jillian Morris is a marine biologist, shark conservationist, photographer, author, and the founder of Sharks4Kids https://www.sharks4kids.com/. She has traveled the world working on shark research, diving, and media projects. A PADI Ambassador, Jillian has been named an Ocean Hero by Scuba Diving Magazine and is listed as one of the 18 most influential women in ocean conservation by Ocean Geographic Magazine.

Duncan Brake is a marine biologist and award-winning underwater cinematographer. He has filmed for BBC programs including “Shark”, “Blue Planet” and “Deadly 60”. In addition to filming, Duncan indulges his passion for the oceans as the media director of education, outreach, and adventure nonprofit, Sharks4kids as well as assisting on the board of the world-renowned research station Bimini Sharklab. 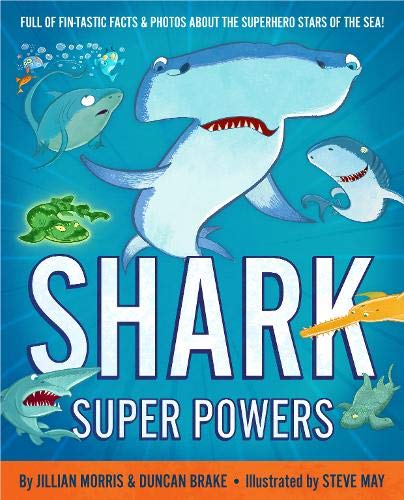 Indigenous Leaders To Talk About Their Involvement With Marine Sanctuaries

Indigenous Leaders To Talk About Their Involvement With Marine Sanctuaries