Underwater photographers will be interested to know that SEA&SEA recently released a new strobe package, the YS-03 Universal Lighting System.

SEA&SEA built the YS-03 to mimic the light intensity of the built-in flash of a diver’s camera of choice. The YS-03 can be used with with any camera that has a pre-flash and a “TTL flash exposure function,” according to the company.

The YS-03 only has a single rotary power control, allowing the underwater shutterbug — be he/she beginner or advanced — to shoot images by simply turning the switch from OFF to TTL.

The strobe light can be mounted anywhere along the compact flex arm, according to SEA&SEA.

As for the Fiber Optic Cable II M/2, the transmission of light is enhanced through a fiber design containing 613 cores each with a narrow diameter, thus minimizing potential light transition loss, even if the cord is bent, the company claims.

The YS-03 Universal Lighting System will be available in early November of 2014 with a suggested retail price of US$349. 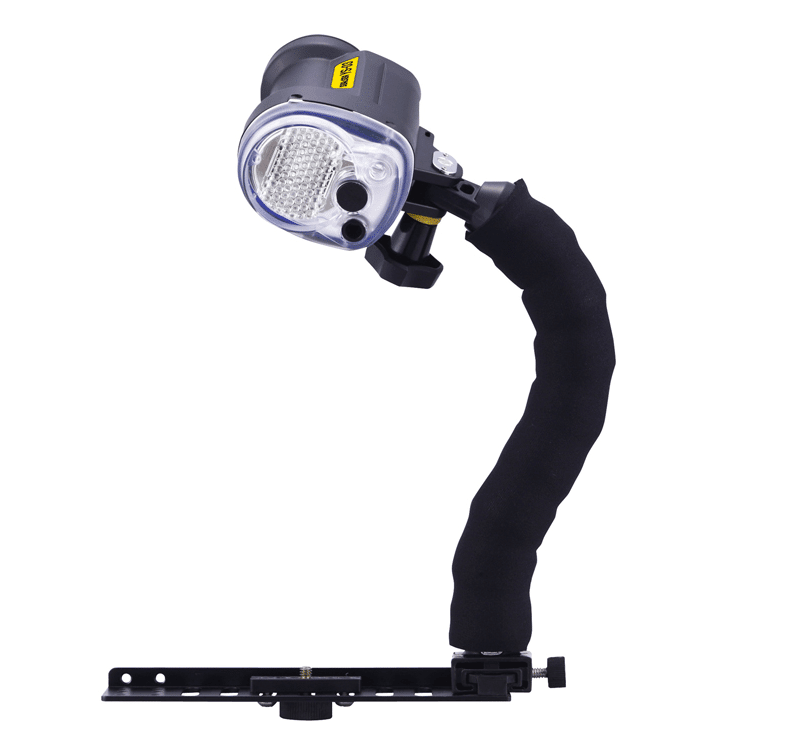 Ikelite Announces A New Housing For The Canon EOS R5