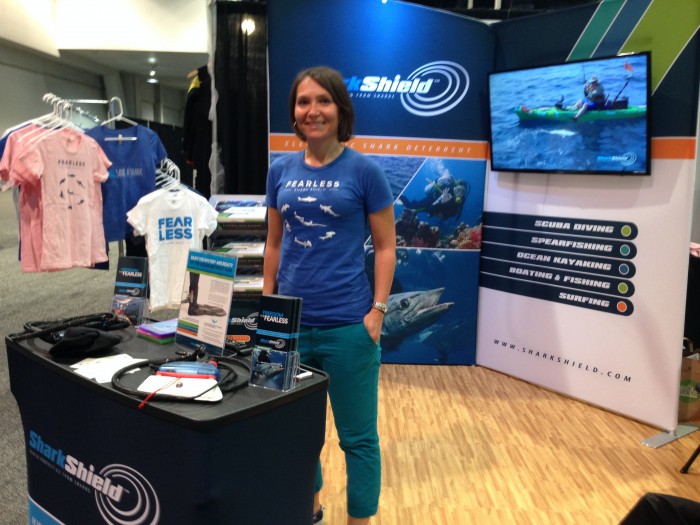 The folks at Shark Shield are in the process of redesigning their product to make it more modular, according to company General Manager Amanda Wilson.

“We’re still in the process of designing” the new modular product, she said. “It’s basically the attachment mechanism and making sure that’s watertight and then can get us to depths greater than the 50 meters (164 feet) that we’re currently doing.”

The new modular design should be ready for release in time for next year’s DEMA Show, according to Wilson.

Wilson said the company had made some recent changes to its current product line: the housing is now blue, the depth rating has been increased from 45 to 50 meters, and the knob is now easier to turn on and off.

The company also wants to cater to the rapidly growing technical and deep-diving market. “That becomes a challenge for some people that are the extremists, that becomes a bit of a problem because they can’t use their Shark Shield at those depths,” Wilson said. 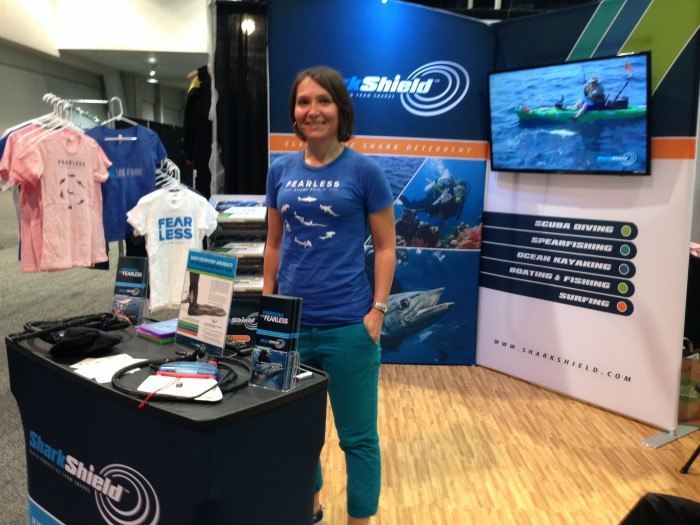