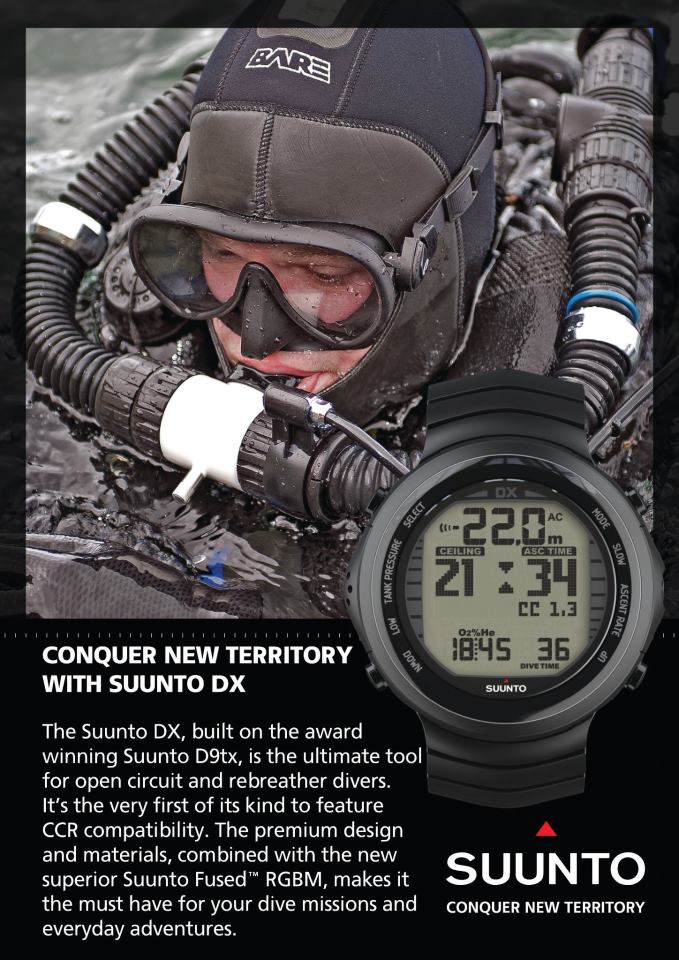 This is the very first of its kind to feature Closed Circuit Rebreather compatibility. It is a non-monitoring setpoint dive computer that works as a support computer for the rebreather. The DX also contains all the advanced dive functions for open-circuit divers such as trimix support including helium, oxygen, and gas switching between up to 8 gases. The algorithm is new, an advanced Suunto Fused RGBM algorithm, developed by Dr. Bruce Wienke.