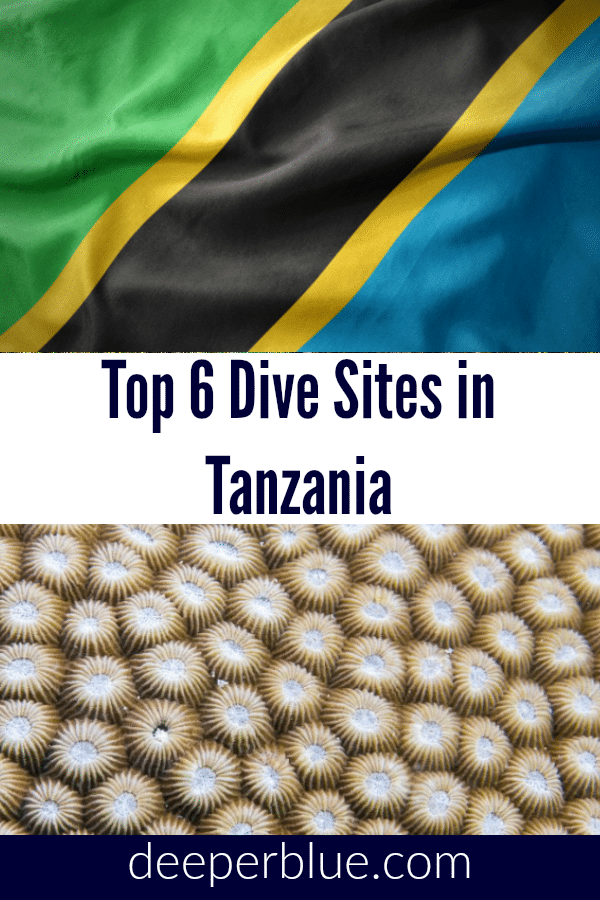 With its surrounding water temperature remaining almost constantly at 25C throughout the year, excellent visibility under the water and endless sunshine, you know where your next dive trip should be, Tanzania.

Tanzania has a treasure trove of marine life, culture, and incredible wildlife on land. There is something for everyone visiting Tanzania, from epic safaris across the savannah to untouched coral reefs found just a short swim off the beach. If you’re a fan of Whale Sharks, make sure you travel to Tanzania throughout the months of November to February, as this is the season for Whale Sharks and Manta Ray sightings in the Indian Ocean.

For best visibility, the time to travel to Tanzania is from October to March, whilst December through to March and July to October are the best times to travel weather-wise. April to June and October to November can be quite rainy.

Mafia Island is not as well known as other islands that surround Tanzania’s coast. The marine park was created in 1996 and happens to be the largest marine park found in East Africa. The waters around Mafia are home to over 42 types of coral and over 400 species of fish. It is also an area known for spectacular sightings of Whale Sharks.

The majority of dive sites at this location are found within Chole Bay, which includes Kinasi Wall and Milimani Reef. When venturing outside of the bay you’ll find dive sites such as Jina Pass and Dindini Wall, which are both astounding dive sites that must not be missed when traveling to Tanzania. Mafia Island dive sites are home to Snappers, Southern Stingrays, Green Turtles, Tuna, and Grouper.

If you’re a slightly more advanced diver looking for more exciting dive sites, the east and south sides of Pemba have the dive sites for you due to the fast currents and incredible Pelagic visitors. Mtangani is a dive site that offers great Hammerhead sightings.

Zanzibar is only a short boat ride off the coast of Tanzania and has dive sites peppered all around the island. However, the best diving opportunities can be found at the northernmost tip. During the months of September/October, Nungwi is visited by a large number of migrating Sperm Whales as well as Humpback Whales. December through to April is a great time to see Manta Rays and Whale Sharks as well. Mnemba Atoll is only an hour away from Nungwi and has been known by visitors as the tropical fish capital of East Africa. Mnemba is teeming with reef fish and epic drift diving opportunities as well as wall diving. There is something for everyone at this location.

Leven Bank is found off the northern tip of Zanzibar and is solely for advanced divers. Divers looking for a dive site that’s full of thrill and adventure, should not miss out on this incredible open-ocean location. Super strong currents hit the side of the bank that is home to large fish including Barracuda, Kingfish, Trevally and large Moray Eels.

If you are interested in a diving experience like none-other, why not try an altitude diving course and take a dive trip to Lake Tanganyika? Diving in this crystal clear, freshwater lake is similar to diving in an aquarium, surrounded by hundreds of Cichlid. Home to incredibly colored marine life, this is not a dive site to missed when traveling to Tanzania.

Mesali Island Coral Garden is the coral Jewel in the crown that is Tanzania’s Coral Gardens. This dive site offers some of the most rewarding and memorable diving that Tanzania has to offer. With hundreds of species of coral, colorful reef fish and a number of species of Turtles, Rays, and Eels, it’s no surprise this diving spot made it to our list. Mesali Island Coral Garden is home to shallow reefs that are untouched and pristine, making an incredible spot for photographers. Other dive sites include a fast drift dive through the nearby channel.

There are so many incredible dive sites found around Tanzania and it’s surrounding islands. If you have one that has not been mentioned on this list, make sure you tell us about it in the comments below.