Trevor Hutton is no stranger to free- diving in Africa. He competed as an international free-diver for 6 years, during that time accomplishing two world records.

In 2001, he set a world record in free immersion in Lake Guinas, and a 2001 world record no- fins at Eilat, Israel.  Trevor was the captain of the first SA team to world championships, was an AIDA Judge, and holds multiple SA and African records, but on May 31st, he arguably achieved what for him, was the pinnacle of his career.

He retrieved the tag off the base-plate for a constant weight depth of 70 meters under 2 AIDA judges off the South Coast of Kwazulu Natal, setting the mark for the deepest official free dive in South African waters. The dive saw Trevor battling a swell at entry, rain, currents, viz issues, and the ever present chance of a meeting with sharks, which was the very reason Trevor was there. 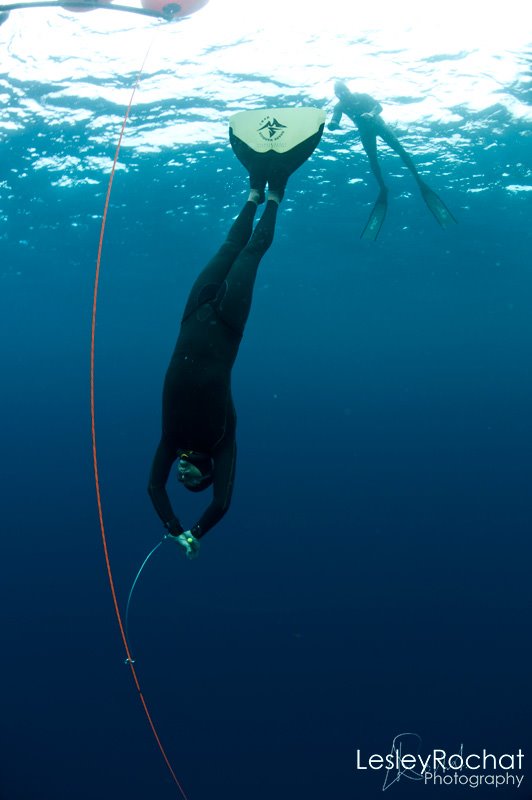 Trevor’s dive time was 2 minutes 18 seconds, and he described the dive as relaxed and easy, with his team celebrating as he broke the surface after what had been a difficult build up in tough open ocean conditions.

Trevor has teamed up with the ‘Shark Warrior’, activist Lesley Rochat, in a unique shark awareness campaign named ‘Deep Freedive for Sharks’, and in a further twist to a remarkable morning, he proposed to Lesley shortly after being given the all clear by the AIDA judges. Lesley accepted, saying “How could I refuse a man who went to such depths under such pressure to propose to me”.

This high profile campaign centres on Trevor breaking a series of national free-diving records in South African waters, the first of which wrapped up today. The dives will take place in the often-bloody waters of the shark slaughter carried out by both legal and illegal fishers, an area known as the pelagic zone, situated 20 miles off the South African coast.  The campaign, which consists of three components, the freediving events, a supporting book project and a documentary, are linked to a shark protection lobbying initiative that Lesley Rochats AfriOceans Conservation Alliance is driving. 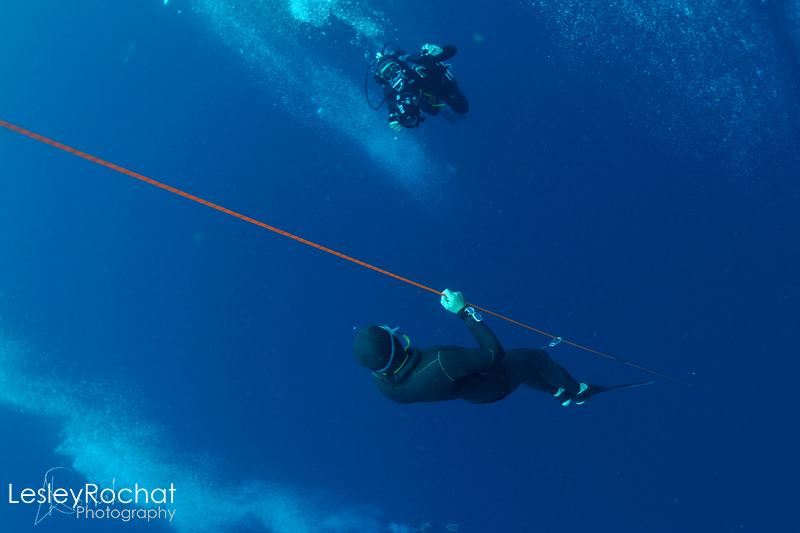 It is called WANTED! DEAD or ALIVE? It aims to raise awareness about all the issues threatening our shark populations and raise international support to gain full protection for a number of charismatic shark species of high eco-tourist value, which currently have no protection. These include the tiger shark, cowshark and bullshark. Keep in touch with the campaign on Deep Freedive for Sharks.

Adopt a Sawshark with Shark Angeles

The US government has denied a petition brought by an environmental group to list the Giant Devil Ray as an endangered or threatened species.
Read more