Yesterday was a rest day for the team so no sea diving for Yasemin or David (and hence no coverage from us!). The original plan of heading out to do some setup promotional shots with the Film Crew was cancelled by Rudi at the last moment as he wanted the team to rest as much as possible. The team took the time to catch up on much needed rest and generally relax.

Today the team assembled at the dock at 10am. We had moved to a larger boat to help cater for the increased number of press and media due to be attending on the official record day of 11th June. The new boat is sheer luxury compared to the smaller boat used up till now. Everyone has room to move and no-one gets in the way!

Anyway, Rudi had called for training dives over the next couple of days and for only Yas or David to be diving on any given day. Today David had his go and the he was concentrating on technique rather than depth with an assigned bottom of 35m. Despite strong winds and a reasonable swell (which made shooting for both the Film Crew and myself quite interesting!) David completed two training dives with ease. Reviewing the video afterwards showed a strong improvement in Davids technique which if applied to deeper depths should help him reach a new record!

The volume of phone calls and messages Yasemin seems to be getting as we approach the 11th seems to be increasing, which brings to light how much of a celebrity she is in Turkey. However it also seems to be quite a distraction to her.

So – tommorrow is Yasemin’s first training day after a couple of days rest, however no set depth has been decided yet. I’m confident based on both David and Yas’s mental and physical preparation that deeper depths are to come in the next few days!

Join us tomorrow as we continue our coverage.

Note: We will be publishing all photos from the event on Monday 14th June! 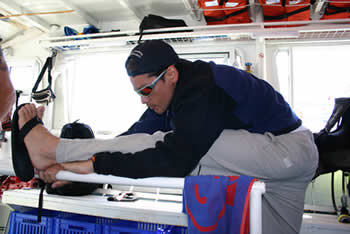 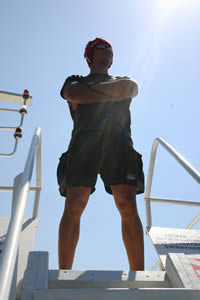 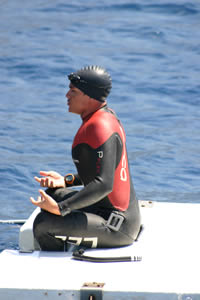 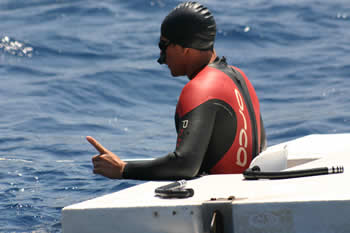 No Safe Haven for 12 Species On US West Coast