The lines have been stretched, the drills have been run, the flags are being hung and most of the practice dives are under the belt as Vertical Blue 2014 kicks-off tomorrow. Yesterday William Trubridge and his production crew registered an impressive 35 athletes from all around the world. The excitement in the air is palpable as a roster of super-talented male and female freedivers prepare to offer their own personal bests in three different disciplines: constant weight (CWT), constant no-fins (CNF) and free immersion. There is great anticipation to see how the competition unfolds between world-record holders Trubridge and Alexey Molchanov and contenders like Samo Jeranko, and the women’s field is very strong with a possible run for the deepest between Misuzu Okamoto of Japan and Marianna Krupnitskaya of Russia, both medal holders from this year’s world championships.

Louisa Collyns an AIDA instructor from Ibiza, (by way of London, England) is thrilled to be a member of the safety team “I’m going to be witnessing incredible athletes exploring the boundries of human physiology — supporting the event and supporting the athletes is a huge privilege.”

Johnny Sunnex, chief of safety and event producer for Vertical Blue is hoping the weather cooperates in the days to come, “The team will be ready for whatever the weather throws at us but we are hoping for calm seas and good visibility for the comp.” 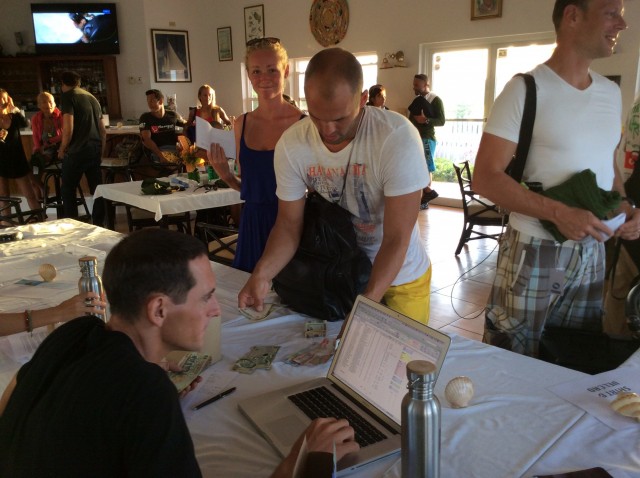