A new species of worm has been found off the Swedish sea floor. It lives off whale bones and has now been described by scientists.

The creature was found on a minke carcass in relatively shallow water close to Tjarno Marine Laboratory on the Swedish coast.

Such "zombie worms", as they are often called, are known from the deep waters of the Pacific but their presence in the North Sea is a major surprise.

A UK-Swedish team reports the find in Proceedings of the Royal Society B.

For the full original story see the BBC link. 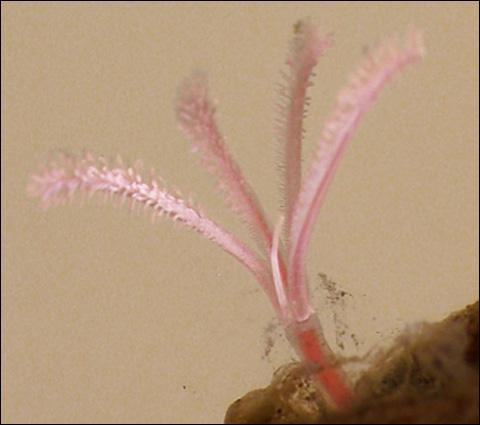