When Women Ruled the Seas

Everyone has heard of the mythical Amazons. Those fierce and independent warrior-women, who were the scourge of the ancient Greeks. And what about the Irish hero, Cuchulainn, who was schooled in weapons by not one, but two formidable female warriors? Then there is the real-life Iceni Queen Boudicca who led a rebellion against Roman rule in Britain and sacked Colchester and London. But what about women mariners? Did women in ancient societies captain ships and command fleets? It is no surprise to learn that, indeed, they did.

Artemisia was the Greek queen of the ancient city-state of Halicarnassus. Although Greek, she was an ally of the Persian King, Xerxes, and one of his most respected advisors. Praised for her courage and cunning by the Ancient Greek historian Herodotus, she personally led her fleet of five ships to aid Xerxes in his attempts to conquer the independent states on the Greek mainland. At the Battle of Salamis, in 480 BC, which resulted in a Persian defeat, she stood out for her daring. King Xerxes, according to another Greek historian, honored Artemisia as the finest captain in his fleet. The Greek ship captains themselves had reportedly been given orders to try and capture her, with a reward of 10,000 drachmas to any man who succeeded in taking her alive. After the battle, Artemisia rescued the body of the Persian king’s brother from the sea. She then sailed to Ephesus to ensure the safety of Xerxes’ sons there. Then she disappears from history, but she left a legacy of maritime courage and daring that lives on today.

The Egyptian Queen Cleopatra is perhaps best known as the lover of the Roman general Mark Antony (and earlier of Julius Caesar): an alluring and exotic Egyptian femme fatale. However, she was much much more than that. Like Artemisia, she was a tough-minded, highly intelligent, and ambitious and capable ruler who supposedly murdered her siblings to gain and retain the Egyptian throne. A descendant of the Macedonian general, Ptolemy, who took over Egypt after the death of Alexander the Great, Cleopatra was highly educated and could speak several languages including Egyptian. Previous Ptolemaic pharaohs had never bothered to learn the language, and this devotion to Egyptian culture made her popular among her subjects. She also attempted to put the country on a prosperous footing while still maintaining Egyptian independence from an increasingly dominant Rome. Allying herself with Mark Antony, she provided funding and military aid during his invasions of Parthia and Armenia. During the decisive naval Battle of Actium, between Antony and Octavian for control of the Roman world, aboard her flagship Antonius, she commanded 60 warships in Antony’s fleet. However, Cleopatra and Antony lost the battle and Cleopatra famously committed suicide, allegedly with the bite of an asp. But her intelligence, political astuteness, and undoubted charm ensured her reputation lasts to this day.

The ‘Pirate Queen of Connaught’, Grace O’Malley, inherited from her father both the Chieftainship of the O’Malley clan and his shipping and trading business which brought wealth from both legitimate trade and piracy. The fiercely independent Grace cleverly built this up until she commanded hundreds of ships that she used in raids on rival clans and merchantmen. Among the stories told about her was the occasion when, having just given birth to her son aboard ship, she led her crew in repulsing the attack of an Algerian pirate and capturing his ship! From her base at Rockfleet Castle, she also levied a charge on all who fished off the coasts. Exasperated, the English crown sent a fleet to put an end to her activities. They besieged Rockfleet but were forced to withdraw, defeated. Grace’s luck finally ran out when she was captured at the age of 56 and stripped of her lands and influence. Later, her brother and son were captured and imprisoned. Undaunted, Grace boldly sailed to England and demanded an audience with Elizabeth I-which she got! In return for ceasing to prey on English ships, the English Queen released her family and restored much of her lands. Although seen by the English as simply a pirate, in Irish folklore she is the ‘dauntless Grace O’Malley’ who kept her flag ‘gainst all the might of England…flying to the last’, a true ‘Sea Queen’.

Another so-called ‘Pirate Queen’ was Sayyida al-Hurra, the ‘Lady who is free and Independent’. Ruler in Tetouan, Morocco, in the 16th century, she assembled her own fleet and wreaked havoc on Portuguese and Spanish shipping. Allied with the Turkish corsair, Oruc Reis (known in the West as Barbarossa) she essentially controlled the western Mediterranean while he controlled the east. Spanish historical documents record her as the ‘go-to’ negotiator in efforts to ransom captives taken after a pirate raid on Gibraltar.

There are many well-known examples of women disguising themselves as men and living a seafaring and often piratical life. Mary Read and Anne Bonney who sailed with the pirate ‘Calico Jack’ Rackham are two such. Other women choose to accompany their husbands on long whaling and merchant expeditions. But for women like Artemisia, Cleopatra, Grace O’Malley, and Sayyida al-Hurra this was not enough. Instead, they challenged the male domination of the sea and lived and fought openly as themselves, as courageous, ambitious and intelligent women. 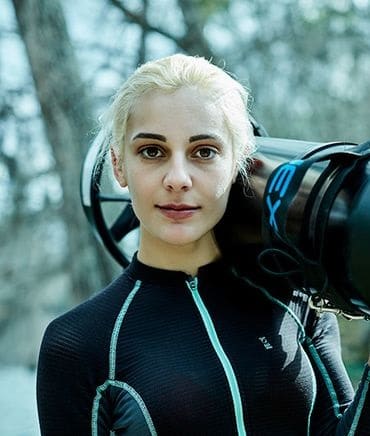