Why Do So Many Freedivers Hyperventilate, and Why You Should Not

Hyperventilation is described as breathing more than your body demands. It’s a form of over-breathing. For freediving, it’s typically done like five or more large deep breathes before you take your final breath.

When I was new to freediving, I remember I was terrible at it, I could stay down for 20 to a max of 30 seconds, and then my lungs felt like they were going to explode, and I’d fly to the surface gasping for breath.

I asked my boat captain, who was a good freediver, what I could do to improve. He told me to take five big, deep breathes before I dove. He went on to describe this new breathing technique as hyperventilation.

He said that the reason you feel an urge to breathe is not low oxygen levels but high carbon dioxide levels.

He told me that if I hyperventilate, that will lower my carbon dioxide level, and therefore, I could hold my breath longer.

Many people have tried hyperventilation and felt that it increased their breath-hold.

This Partially Accurate Understanding of Hyperventilation Leads to Many Fatalities

For most people, when they hold their breath, they feel fine, even good at first. I always tell my students they better enjoy the beginning partly because it will become not fun later.

As you hold your breath longer, most people feel an urge to swallow. If they continue holding their breath, they will eventually feel a contraction. A contraction is an involuntary movement of the diaphragm. Then the diaphragm is trying to get you to take a breath, but we as Freedivers say, “Not quite yet.”

Most people follow this progression, but not everyone. In some very rare cases, people do not feel urges to breathe or do not have contractions. Some people say they feel a tightness in their chest more than their diaphragm’s actual physical movement.

Now let’s talk a look at the graph below and figure out what is going on.

These graphs are assuming you are sitting on the couch holding your breath.

As you can see in this graph, as you hold your breath longer and longer, you start to feel more and more uncomfortable. The X’s on the graph are contractions. You can see they start small, get strong and stronger and come on faster and faster. At some point, you reach your breaking point. You can’t handle any more carbon dioxide (CO2). You decide that’s all the fun you can have, and you take a breath.

Now let’s do what my captain suggested. He suggested I hyperventilate a bunch, this will for sure lower my CO2 levels. As you can see in this graph, my breath hold starts with a lower CO2.

In fact, if you look at the whole graph of my breath-hold, everything is delayed. My first contraction is delayed, and the point where I can’t take it anymore is delayed. I was able to increase the time before I hit my breaking point.

When I was in the keys, I experienced the exact same thing. My captain told me do five big deep breaths before I did my dive. When I did that, I went from being able to stay down for 20-30 seconds to 45 seconds.

At this point, you are likely wondering why I said hyperventilation is bad. I just described how it made me hold my breath longer in real life, and I drew this graph and demonstration how hyperventilating can make people hold their breath longer.

Now let’s look at the two breath-holds again. In the first one, where I don’t hyperventilate, I have stronger and stronger contractions, and then I reach what is called my breaking point, I can’t handle it, and I give up. Now, if I was super stubborn and kept holding my breath and didn’t start breathing, eventually I would blackout out, which is not surprising at some point that will be the result if you keep holding. You can this blackout point as the blue circle.

Now let’s look at the lower line where I hyperventilate. Here you can see I would reach the point where I would blackout before reaching the breaking point.

Can you see how that is a major problem? This means I would still “feel” like I could keep going but, in fact, would blackout.

Most people understand the first and are not aware of the second.

The mechanism behind this second effect is beyond the scope of this article, but it is due to the hemoglobin dissociation curve and the Bohr effect.

Here is the main takeaway. Hyperventilation delays my urge to breathe, it delays my first contraction, and at the same time, it can reduce the amount of oxygen available to my body, not a safe combination at all.

My urges to breathe are coming later at the same time the amount of oxygen is less.

So far, we are looking at holding your breath on the couch, where there is a slow, steady increase in your urge to breathe. If you read my previous article (link here), you will remember that I said while coming up from a dive in the ocean, there is not a slow, steady increase in the urge to breathe. You can go from feeling fine to blackout very quickly. In my opinion, this makes hyperventilation in the ocean even more dangerous.

Hyperventilation is a tool often used by beginners because it helps them hold their breath longer, but what they don’t realize it’s actually increasing their risk for a blackout, and this is why freediving instructors recommend their students do not hyperventilate.

Now for those competitive Freedivers and high-end, Freedivers that want to argue, here is my disclaimer. This is not a double-blind study, this is not hard data. This is me drawing a graph and sharing what I have learned over my career as a freediving instructor. I believe hyperventilating increases the risk of blackouts.

I’ve made some simplifications because this is a simple article meant for beginners. The goal is to explain to beginning Freedivers the dangers of hyperventilation and not a discussion of what some elite Freedivers do and why they do it.

What will you do with your extra time underwater? 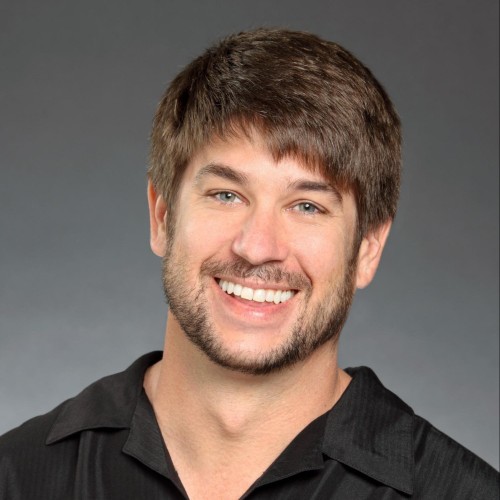 Ted Hartyhttps://immersionfreediving.teachable.com?affcode=206131_dbsxflfr
Ted Harty is the founder of Immersion Freediving and his new pride and joy FreedivingSafety.com. His website provides a free course to teach anyone how to be a safe diver and a bulletproof buddy. You can listen to Ted share his thoughts about freediving on his new podcast Freedive Live.

‘The Deepest Breath’: What You Need To Know About The Sundance Freediving Documentary

‘The Deepest Breath’ Premieres At Sundance