Canadian freediver William Winram is on top of the world — or as the case may be at the bottom of the ocean. Today Mr. Winram (perhaps best known for his work to reframe & repair the repuations of sharks) set a new World Record in the freediving discipline of Variable Weight (VWT) at the Sharm Club in Sharm El Sheikh, Egypt. Defying the odds Winram rode a sled down to 145 meters, wearing a monofin to assist his return ascent. William initially kicked off the bottom with his fin but then modified his technique to free-immersion (pulling up the line using his hands) later in the dive which in total took him three minutes and :08 seconds roundtrip. Upon his return to the surface Winram easily completed the surface protocol to judges Grant  Graves (USA) and Pim Vermeulen (NED) in an astoundingly fast time of less than 3 seconds.

“I have struggled with equalization since the beginning of my career in 2005”, offered Winram, “and it’s only for the past two years after working with Andrea Zuccari that I have been able to overcome that issue. With the world record today, I am very happy to have achieved this personal goal but I am most happy about the road I travelled to get here. Thanks to all who have believed in me and supported me, especially my collaborator Andrea Zuccari and the whole team at FreedivingWorld.”

Winram’s current performance of 145m VWT breaks the record previously set by Herbert Nitsch of Austria, who made a variable weight dive to 142m back in December of 2009. 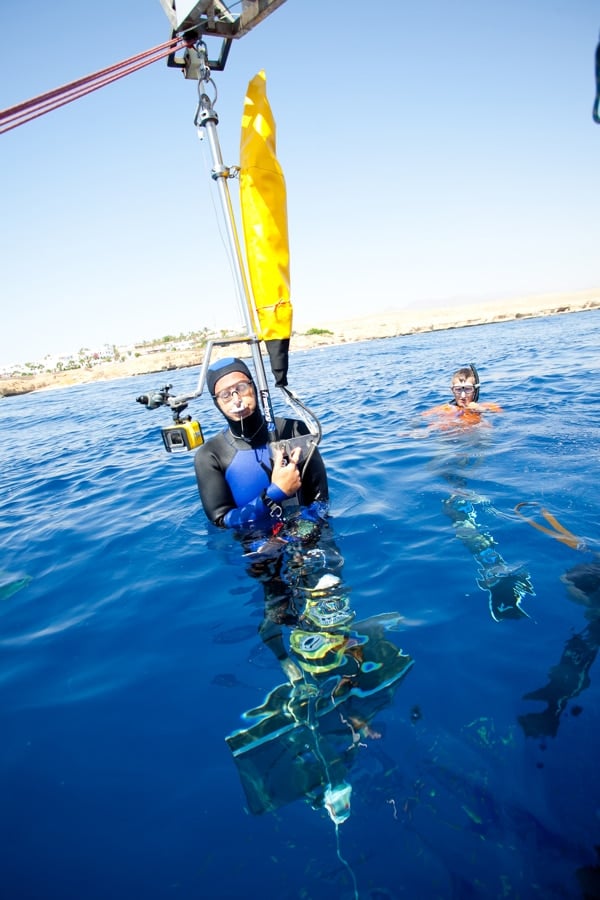