Headlines around the world are talking about how harmful sunscreens are to the reefs.  The state of Hawaii and the tropical island of Bonaire recently banned the sale of oxybenzone and octinoxate containing sunscreens, with many others discussing similar bans.

The avid diver and cosmetic chemist Autumn Blum knows some people thinks it’s crazy – and that’s okay with her.

“I’ll probably never win over the people who are convinced that the solution to pollution is dilution,” says the founder and formulator at Stream2Sea. “But most people really are horrified when they learn just how toxic sunscreen and other personal care products can be in an aquatic ecosystem.”

Oxybenzone, for instance, is among the most common ingredient found in sunscreens. It kills coral larva at one part per trillion – or about one drop in 6.5 Olympic swimming pools.

And some sunscreen products use natural-sounding ingredients and are labeled as “reef friendly” but may be just as toxic.  Clear Zinc oxide, for example, sounds fine right?

Major-league wrong – it can be so highly toxic that even its manufacturer discloses it in large letter red letters on the first page of its safety data sheet. “Usually that kind of information is buried on about page 12 of a highly technical document, so I have to give it to Dow Chemical for being so transparent about it,” Blum said.

“The problem is that not all sunscreen manufacturers know — or care — to read the document where it’s labeled as an ‘Acute Aquatic Toxin.’ It’s FDA-approved and they can put it in sunscreens labeled as ‘reef friendly’ because it sounds safe and there’s no regulatory authority that will question them.”

Similarly is the issue that “nano-particles” of zinc or titanium are easier to spread and less whitening than their full-sized counterparts. “Changing the size of the particle can change the impact of even a very benign natural material like zinc or titanium,” Blum said. “Nanoparticles of both have been proven to be harmful in an aquatic ecosystem.  If a company is using a safe, non-nano material, they will most likely proudly state it in the ingredients.”

Even if your favorite playground is nowhere near a coral reef, most ingredients haven’t been proven to be safe in any kind of aquatic environment. “We tested our first product – a shampoo made with EcoCert™ approved ingredients – in a tank of freshwater zebrafish. They all died. I cried, but it made me that much more determined to create formulations that are safe for people and the planet.”

It also forced her into testing on organisms because that experiment showed her how little manufacturers truly know about our aquatic ecosystems. “I absolutely hated the concept, but it had to be done. I’d rather fail on a tank full of purposely bred fish or sustainably harvested coral larva than be part of releasing toxic chemicals into the world, believing they are safe when they are not.”

“When we say ‘reef-safe’ we mean it because we have done the testing. No other mineral based sunscreen has proven safety on fresh and saltwater fish, coral larva and C. elegans. Yes, I know some people think its silly to worry about the sunscreen they are using, but we’re going to keep pushing the issue. If you love the water, you need to know that you’re choides aren’t harming the creatures that live in it. Our oceans have many sources of stress, but our sunscreen and shampoos do not need to be one of them.”

For a free waterproof “Ingredients to Avoid” – also known as the no-no list – email [email protected] or get it online at https://stream2sea.com/ingredients-to-avoid. 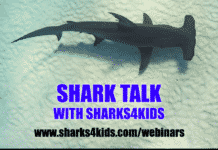 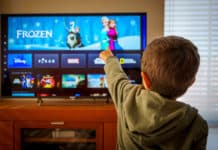 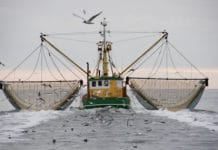