DivePhotoGuide and Wetpixel recently announced the winning images and videos in the 2020 edition of the DPG/Wetpixel Masters Underwater Imaging Competition.

Hundreds of photographers and filmmakers from dozens of countries competed to win their share of more than US$55,000 (~48,582 Euros) worth of prizes.

Created by DPG and Wetpixel, the competition invites submissions to four image categories and a video category, with entries evaluated by a panel made up of renowned underwater shutterbugs David Doubilet, Stephen Frink, Erin Quigley, Scott “Gutsy” Tuason, Keri Wilk and Tony Wu.

This year, Scott Portelli received the “Best of Show” prize for his 1st place in the Wide Angle Unrestricted category. His “over-under” style image captured an emperor fish tussling for position among a school of silver drummers in the shallows at Lord Howe Island, Australia.

“This is that moment we might see but rarely capture. This is literally crystal-clear behavior.”

“The combination of eye contact, dynamic behavior, and technical excellence make this a clear winner.”

“This year’s contest has delivered another superb portfolio of winning photos and videos, and we are astounded by the impressive quality of the entries that the competition attracts.”

Fifteen percent of entry proceeds will be donated to marine conservation efforts.

For more info and to check out the winning pictures, go to underwatercompetition.com. 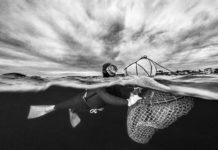 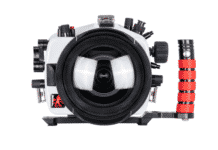 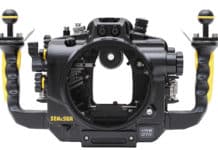