Cousteau‘s team will live and work in Aquarius, the world’s only underwater research lab. This will be the longest-duration mission in the lab’s history.

Aquarius is deployed 63 feet beneath the sea off the coast of Key Largo, Florida and operated by Florida International University (FIU).

The mission will be Fabien‘s first saturation dive, making him the first Cousteau of his generation to become an aquanaut.

“The overarching theme for Mission 31 is the human-ocean connection within the lens of exploration and discovery,” said Cousteau, whose ground-breaking exploration honors the 50th anniversary of the Conshelf Two mission led by his grandfather Jacques-Yves Cousteau, who created the first ocean floor habitats for humans and took a team of ocean explorers on a 30-day underwater mission.

Mission 31 will last a day longer than Cousteau’s grandfather’s Conshelf Two experience, take place 30 feet deeper and will broadcast every second of the mission exposing the world to the adventure, challenge and mystery of what lies beneath.

“Mission 31 pays homage to my grandfather’s work and all aquanauts who have since followed his lead in the name of ocean exploration,” Fabien said.

Cousteau has partnered with Nokia Lumia, which will allow the aquanaut team to communicate with the world using the 41-megapixel Nokia Lumia 1020 device, Skype and the Wi-Fi equipped Aquarius. As a Mission 31 press release states:

“The advanced Lumia functionality will be an integral support for the mission to capture high quality images using the 41 megapixel camera on the Nokia Lumia 1020.  Additionally, the aquanauts will also be able to stay connected to social channels through the Nokia Lumia 1520 to ensure that every aspect of the innovative exploration can be captured and shared (www.facebook.com/nokia).”

Cousteau’s Mission 31 will highlight three main topics: climate change and the related challenges of ocean acidification; ocean pollution with an emphasis on the effects of plastics; and overconsumption of resources with specific focus on the decline of biodiversity.

Among the science partners participating on the mission are FIU, assisting with scientific and topside mission control support led by the FIU Medina Aquarius Program team as well as faculty and students from FIU’s School of Environment, Arts and Society. Furthermore, Northeastern University’s Urban Coastal Sustainability Initiative will provide additional scientific advice led by Mark Patterson, professor of marine and environmental sciences.

During the 31-day mission, the team will spend about six to nine hours a day diving for science experimentation while Cousteau‘s Bonnet Rouge production team will be shooting short and long format documentaries.

Cousteau‘s team will also conduct daily Skype video calls with classrooms around the world through Skype in the classroom, the global education partner for Mission 31. Teachers can access the curriculum at: http://www.mission-31.com. 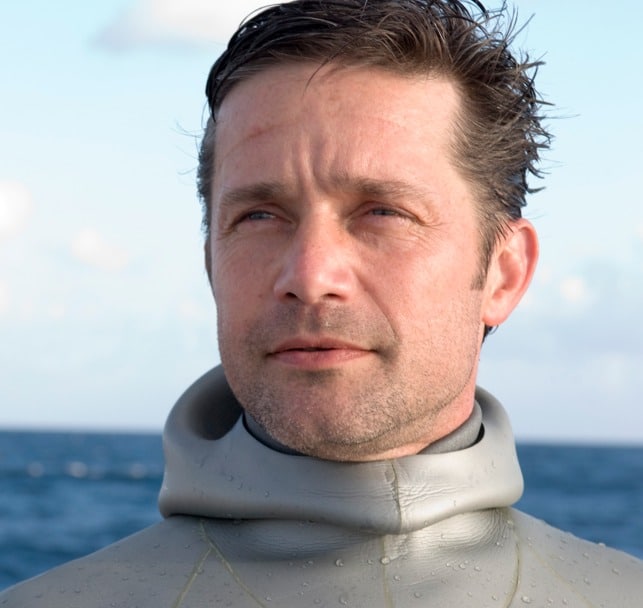