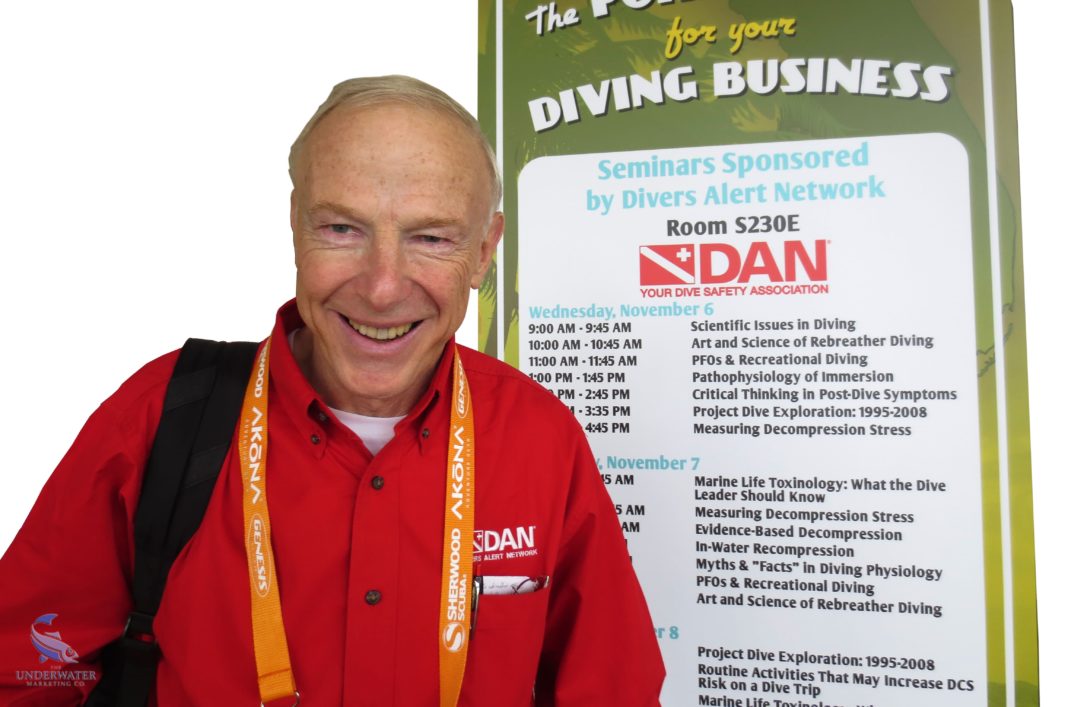 Dr. Richard Vann has been selected by the Academy of Underwater Arts and Sciences for induction into the academy’s 2014 Fellow Program, otherwise known as the “NOGI” Science Award.

The NOGI is the oldest and most prestigious in the diving industry, having been “been awarded on an annual basis since 1960 to a select group of divers and undersea visionaries who rank at the top of their fields in arts, science, sports / education, environment, and distinguished service.”

The AUAS was created in 1993 to administer the NOGI awards.

From 1990 to 2010, Dr. Vann served as vice president of research for the Divers Alert Network and currently serves as a consultant to DAN and is also an assistant professor emeritus at Duke University Medical Center.

Dr. Vann has spent the past 50 years in diving and environmental physiology, including stints at Ocean Systems, Inc., US Navy Underwater Demolition Team-12, Duke Hyperbaric Center and Divers Alert Network. He has also been bestowed the Johnson Space Center’s Group Achievement Award from NASA in 2011 as well as the Albert R. Behnke Award from the Undersea and Hyperbaric Medical Society.

“Receiving a NOGI is exciting and quite an honor,” said Dr. Vann. “Understanding diving safety, particularly fatalities and decompression sickness, has been my major professional interest. I am most pleased by this recognition.”

Dr. Vann will be officially presented the award at the 54th Annual NOGI Awards Gala held during the November 2014 DEMA Show in Las Vegas.

“DAN is proud to have one of our own inducted into this elite group of dive industry professionals,” said Bill Ziefle, President and CEO of Divers Alert Network. “Dr. Vann has spent a lifetime advancing dive safety research and it is exciting to see him receive this great honour. His scientific contributions have made a significant impact in our sport.”

University of Auckland Associate Professor Simon Mitchell stated, “Dr. Vann has devoted much of the latter part of his career to identifying unresolved issues of substantial practical importance to the diving community, and has set about resolving them. Frequently this has involved the exhausting task of organising and orchestrating workshops to weigh evidence and generate consensus. It is unquestionably fair to say that no individual in the diving science community has contributed more time and effort in this regard than Dr. Vann. I believe our community owes this archetypal ‘scholar and gentleman’ a huge debt of gratitude and I am thrilled to see him recognised in this way.”