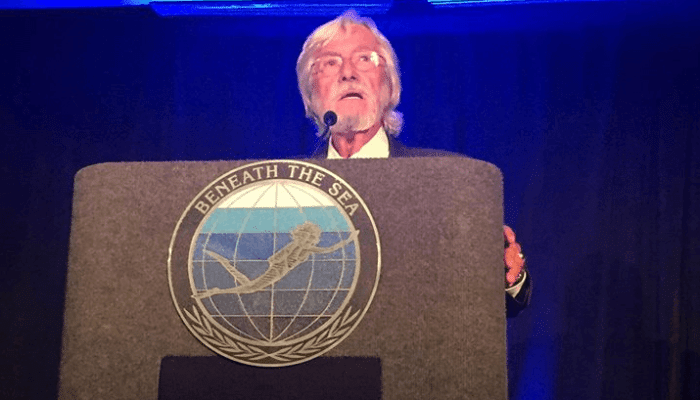 The Beneath the Sea consumer expo this past weekend presented ocean advocate Jean-Michel Cousteau with the organization’s “Legend of the Sea” award.

“Since first being ‘thrown overboard’ by his father at the age of seven with newly invented SCUBA gear on his back, Jean-Michel Cousteau has spent his life exploring the enchanting world beneath the sea,” the organization said in a press release, adding: “The son of ocean explorer Jacques Cousteau, Jean-Michel has traveled the world aboard Calypso and Alcyone, sharing with adults and children alike not only the wonders and beauty of the undersea world, but also his love and concern for protecting our water planet.” 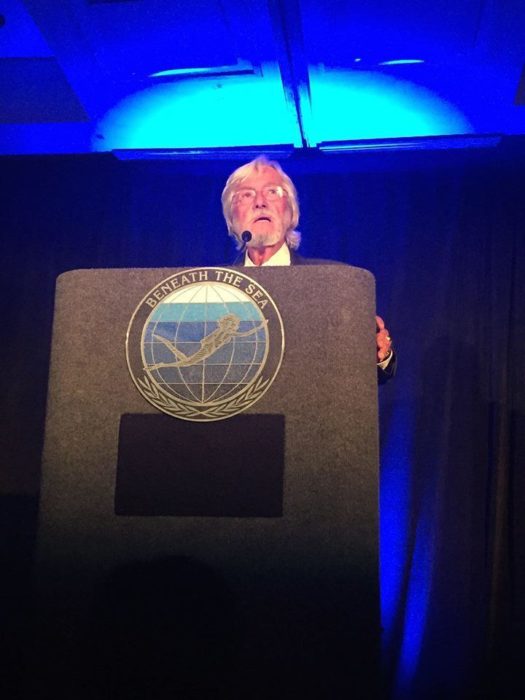