Sir Richard Branson, the serial entrepeneur, seems to be taking a step towards underwater discovery and not just consumer space exploration. Hawkes Ocean Technologies, the creator and manufacturor of the Super Falcon personal submersible, announced on 29th January 2010 that it would team up with Branson to build the next-gen winged exploration vessel.  The $670,000 prototype submersible is called the Necker Nymph and can dive to depths of up to 130ft with it’s “fighter-jet” style design.

This unique and high-tech underwater “jet” comes at a price though.  It will only be available to visitors to Necker Island, the Carribean Hideaway owned by Branson, and the rumoured price tag for a week will be $25,000 as well a minimum of $88,000 for seven nights on the luxury catamaran, the Necker Belle. 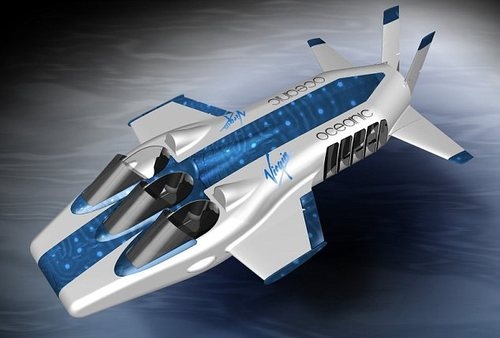