KOC present their balls at DMEX 2007

The Kuwait Oil Company Dive Team, known as ‘KOC’, presented their Reef Ball Marine Colony Project at Dive Middle East in Dubai yesterday. KOC is the first ever oil company to develop a marine colony and the 54,000 square metre ‘ball park’ has clusters to mimic Ahmadi’s major landmarks on land. 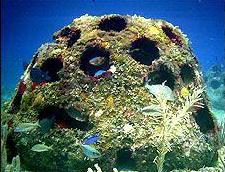 Over 1,000 balls were dropped, ranging in size and shape but able to produce growths within a week and produce 180 kg biomass each within a year. A member of the KOC team met with Sara-Lise Haith and Emma Farrell who were at the show presenting freediving to show them the results. He explained that after the unprecedented environmental disaster following the release by Iraq of millions of barrels of oil into the gulf, KOC decided to help regenerate the area. After International Environment Day on June 6th, 2006, a team was put together to carry out this unique project. Depth ranges from 7-9 metres and since KOC dropped their balls, soft and hard corals have begun to grow and many marine creatures have used the balls for mating and as a food source.

Find out more at http://www.kockw.com/Pages/Default.aspx 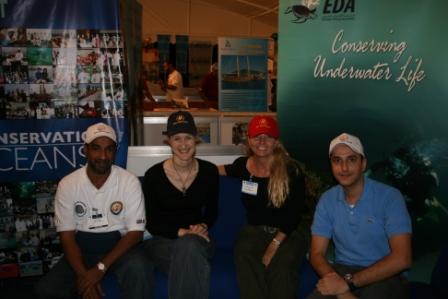