Uncovering the Natural Wonders of the Barents Sea

From Cenote diving in Mexico to discovering WWII shipwrecks off the coast of Japan to countless other amazing diving opportunities, the world is truly a diver’s oyster. The world also provides its fair share of challenges for divers. For instance, diving in the bone-chilling waters of the Arctic Circle. Czech diving club, Kapr Divers, ventured north to take on this particular challenge and returned with tales of their frigid expedition, complete with the wonderful sea life they encountered!

The Kapr Divers is a talented team of dive instructors from the Czech Republic. Although they come from a landlocked country, this hasn’t stopped them from embarking on dive expeditions all around the world. One of their more unlikely trips took them well past Norway and Russia to the Barents Sea and the northernmost part of the Svalbard archipelago. It was there the team had the unique opportunity to dive virgin dive sites and observe underwater wildlife including polar cod, grey seals, and thousands upon thousands of red king crabs.

One particular Kapr Diver instructor, Petr Slezák, was lucky enough to take part in this Arctic water expedition, an experience far from the average weekend scuba trip. It took Petr and his team two full days to reach their destination which included several flights, a bus trip to the port of Teriberka, a 4-hour drive to the Russian town of Murmansk, and a 50 km journey to Dalnye Zelentsy Bay at the Barents Sea (where they could finally get some rest before diving).

The Right Gear for the Job

There are many aspects of diving in the Barents Sea which divers need to be prepared for. An obvious one is bringing the right gear. Regarding the equipment the team brought from Prague, Petr said, “during the short summer months, when diving is actually possible this far north, the water temps still only range between 0 to 5 °C (32 to 41 °F). A dry diving suit with quality underclothing is a must”. And due to the extreme water temperatures, some divers would also be inclined to wear an electrically heated vest. Petr, however, prefers to keep it ‘old school’, saying, “I’m not a big fan of the vests. They provide good thermal comfort, but, should they fail, a diver still has to have enough layers underneath. Natural wool materials have worked best for me”.

With his suit donned, Petr then focuses on his breathing apparatus. “You have to keep local resources in mind on an expedition like this,” he says, and adds, “if oxygen is available, my Liberty rebreather is ideal. However, if air filling is only available on-site, then an open-circuit setup is a good choice. Of course, there are two independent regulators in that case”.

Certainly, diving in remote places such as the Arctic Circle comes with its own set of circumstances and challenges; it’s a good thing dedicated divers like Petr and the Kapr divers take these as opportunities to learn and discover something new to share with others.

With all the right gear in place, it’s time to get in the water. Petr and his team spend several days trying out a number of untouched dive sites. In his own words, Petr describes the incentive of diving in these areas, “Our main motivation for organizing a trip to the Barents Sea was to explore places where very few if any, people have visited. It happened on multiple occasions when I mentioned a specific place along the coast to the boat captain, who replied he had no idea what we would find as no one had ever dived there before!”. Even though the landscape here can seem scarce at times, it is actually teeming with life if you know where to look; for instance, Petr recalls finding a huge bird’s nest on the Seven Islands archipelago!

One of the team’s most exciting wildlife experiences, however, took place when they happened upon a colony of red king crabs. Diver Ivan hadn’t even taken the rebreather off his back to describe the scene, “There were thousands of them, maybe more, climbing all over each other and slowly walking out of the bay”. Fortunately, the team was able to get the cameras ready and get back in the water to track them down. They said it looked as if one mass of flesh was walking along the bottom of the sea as a single unit. “It felt as if the entire seafloor was moving before my eyes!”, Petr exclaimed. The team’s nature sightings didn’t stop there. Petr recalls spotting grey seals sunbathing along rocky cliffs. A surprising fact is that grey seals can grow up to 3 meters (10 ft) long and weigh over 300 kg (660 lbs)! Petr made a special note of their size, saying, “they have a thick layer of fat which protects them from the cold water, and because of their hydrodynamic body shape and strong fins, they are excellent swimmers”. Although the team tried to spot the seals underwater, they lost the animals who fled into the seaweed forest surrounding their sunbathing cliffs.

A Passion for Remote Locations

In spite of the conditions and challenges they faced, when it was time to head home, Petr and his team felt more than satisfied with their trip. Diving in the Barents Sea doesn’t come without curiosity and inquisition, however. “People often ask if we’re crazy, or what’s wrong with us for choosing to dive in water that cold! They wonder why we didn’t simply fly to some tropical island and dive there,” Petr laughs. Some people may never understand, but it’s thanks to groups like the Kapr Divers that we are able to learn more about marine life and gain further insight into some of the planet’s more complex ecosystems.

Petr and his crew also feel a sense of adventure traveling to the Arctic and other remote locations. “I really enjoy the natural and wild virgin corners of the Russian north. Sometimes, I feel like a compass needle is pulling me north.” With that kind of drive, it’s no surprise that Petr is already planning similar trips, such as to Russia’s White Sea and the Norwegian coast. When asked if he’s looking forward to going back, Petr replied, “I’d be thrilled to return and explore more. There’s always something new to be discovered; I can’t wait to be the one to help capture it!” 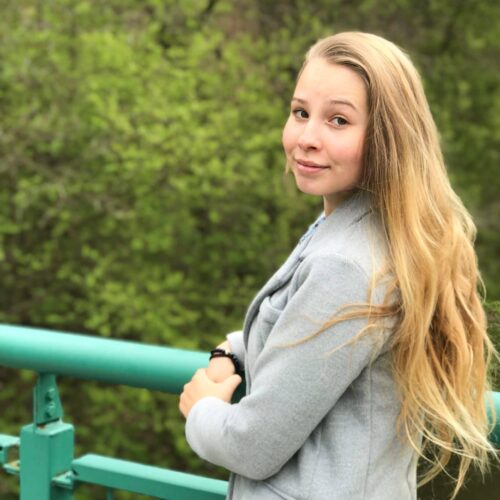 Petra Prudenhttps://www.instagram.com/petrapruden/
Petra Pruden is a Czech professional copywriter and editor. She displays her passion for writing and creative work in the form of articles and interviews with intriguing personalities, who allow her to take a deeper look into the given issue. When not at work, she dedicates her time to marketing, HR, self-development, and the study of the Czech language.

No Safe Haven for 12 Species On US West Coast