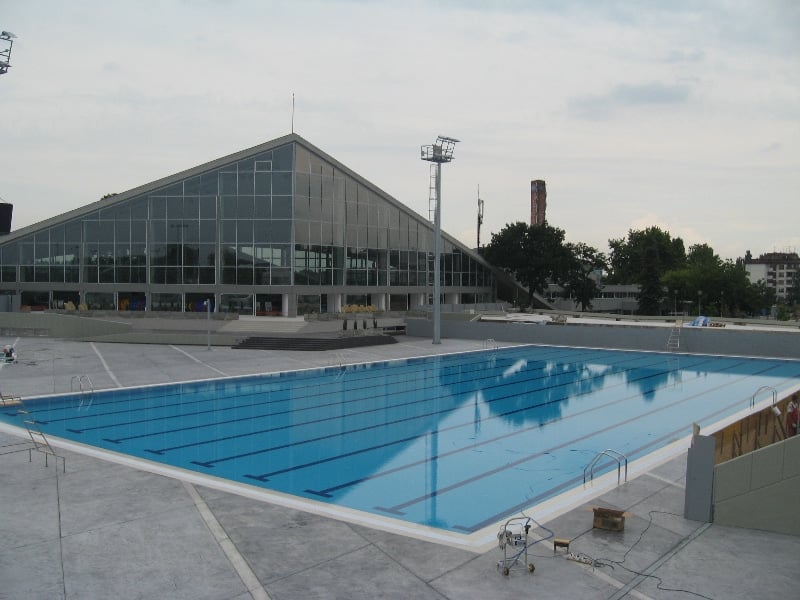 Athletes competing at the 2015 Individual Pool World Championships have taken to Facebook to publicly state their frustration at the pool temperature in the outdoor pool at the venue – this is where the competition has been held to date.

Most of the people voted for Belgrade bid, mainly because organizer promised that the water temperature is controlled and it will be 26C. By looking outside at the conditions (large amounts of rain and 20C) the water tomorrow will be, at best, 21C. This is unacceptable and I hope AIDA will prosecute somehow organiser for their passive behavior, because nothing was being done as it was previously promised in the bid.

Malina himself has achieved a spot in the A Finals for Dynamic With Fins (DYN), Dynamic Without Fins (DNF) and Static (STA) disciplines and is one of the favorites to podium in the competition.

The colder conditions, that many athletes have not trained for, can cause more disqualifications and athletes not to perform at their optimum capacity.

The post has caused quite a bit of debate within the Freediving community with not all the respondents sympathetic to the concern – with some previous competitors highlighting cold conditions in previous competitions and those sympathetic wondering why the heaters have not been turned on.  There is also some confusion as to why the competition is not just moved to one of the two indoor pools available at the venue in Belgrade.

We understand the issue has been raised to AIDA officials onsite at the competition.

Podcast: Filmmaker Inka Cresswell On How It Felt Seeing Her First Footage Play On TV