The march issue of the Scuba Industries Trade Association in the UK has revealed that two British diving firms have been quietly involved in the race 8 miles down to the bottom of the ocean.

Two rebreather manufacturers have been quietly involved in the race. Richard Branson’s team has embraced the Poseidon Mark VI as his bailout, whilst James Cameron’s team is using Ambient Pressure Diving’s technology for life support within the submarine. 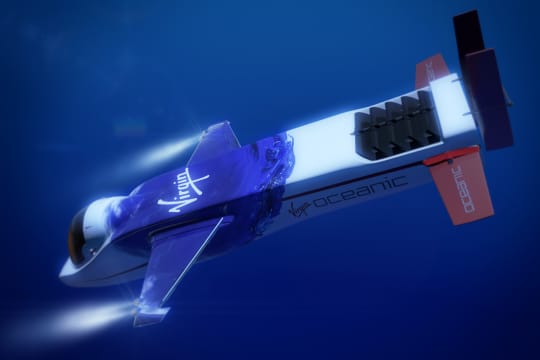 “Up until today we’ve had to keep schtum about our involvement on this project”, stated Martin Parker of Ambient Diving.  “We’re aware that Cameron has just finished Deep trials in the New Britain Trench.  The Deep Sea Challenge Team have spent the last four weeks off the Coasts of Papua New Guinea and New Britain mounting a series of increasingly deeper dives to prepare for James Cameron’s dive to the bottom of the Marina Trench. Surpassing 8,000 metres (actual depth 8,221 metres) for several hours James Cameron is the deepest solo submarine pilot in the deepest operational submarine”.

Ambient Pressure Diving is responsible for keeping the pilot alive in the submarine – not a small role.

“Our job was to design and manufacturer the complete automatic life support system in the submarine. This includes the primary system and an identical back up system which can be used in a closed circuit mode in an emergency. As you’d expect the life support technology is running smoothly, removing the CO2 and controlling the PO2 in a similar way to the way we do in our standard rebreathers. The main scrubber system is fan driven, powered from the sub…should that power be lost, then the pilot can switch to the bailout rebreather. In total he’s got about 70 hours of life support depending on his work rate. The data is stored on board the Vision system but we also send it live to the on board PAC from where it is transmitted to the surface every 3 mins.

I am very honoured to be part of the build team, and exceedingly proud of our in-house engineers and development team here in Helston who delivered the finished system in four months, from award of contract.  The fact that we used our standard rebreather components and re-packaged them gives us a massive boost in delivery capability and most importantly reliability.

We are in daily contact with the ship, receiving dive download data for cross-checking so that we can support the team out there with advice….these are truly exciting times.”