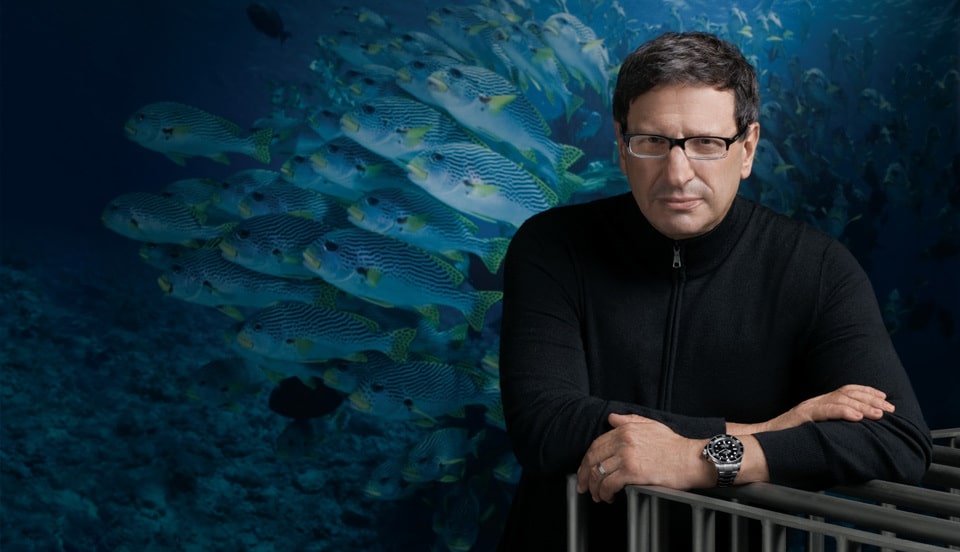 Our World Underwater will bestow its 2014 Outstanding Achievement Award to longtime underwater photographer David Doubilet and his wife, aquatic biologist Jennifer Hayes, at the organization’s annual dive and travel expo in Rosemont, Illinois next February.

According to their bios on the Our World Underwater website:

“David Doubilet has a long and intimate vision into the sea. He began snorkeling at age 8 at summer camp in the Adirondack and by age 12 he was making pictures underwater using a Brownie Hawkeye camera stuffed into a rubber anesthesiologist bag. The bag filled with air and it was like trying to submerge the Hindenburg. The pictures were barely recognizable. David has long since mastered the techniques of working with water and light to become one of the world’s most celebrated underwater photographers and a contributing photographer for National Geographic Magazine where he has published nearly 70 stories since his first assignment in 1971.”

“Jennifer Hayes is an aquatic biologist and photojournalist  specializing in natural history and marine environments. Jen Hayes and David Doubilet collaborate as a photographic team above and below water on project development, story production, feature articles and books.”

The Our World Underwater dive and travel expo will take place February 14-16, 2014, at the Donald E. Stevens Convention Center in Rosemont, Illinois.