A nonprofit dive group called Global Underwater Explorers this month is conducting a survey of coral reefs off the coast of Fiji.

The project, called Project Baseline, is documenting coral reef ecosystems in Fiji to better understand the health of Fiji’s deep and shallow reefs and how they may be changing due to climate change and population pressures.

Global Underwater Explorers began with a group of divers whose love of underwater exploration grew into a desire to protect those environments. In 1999, they created a nonprofit organization dedicated to high-quality diver education with the goal of supporting aquatic research that advances conservation and safely expands exploration of the underwater world.

A team of GUE technical divers from the United States and New Zealand is working with marine biologists from the University of the South Pacific (USP) and the Florida-based Nova Southeastern University (NSU) in a Triton 1,000-meter submersible. The team is working from the motor yacht Ad-Vantage and will be supported by her crew along with submersible pilots and engineers. The Ad-Vantage’s owners donated the vessel for the duration of the project.

The project’s primary objectives are to collect photographic and video surveys of coral reef and deeper ecosystems in water depths between 5 and 1,000 meters (16 and 3,281 feet) at several sites near the islands of Kandavu, Beqa, and Viti Levu. Scientists will use the surveys to establish coral and fish species distributions and densities. The project began on May 13 and is expected to run through May 27.

“The submersibles will be focusing on mesophotic corals that live below 90 meters and other lifeforms living as deep as 500 meters while the divers will document shallower corals living between 40 meters and the shoreline. We believe this effort will result in future mission opportunities on a yearly basis enabling sustained collaborations between Project Baseline and the Fijian people.”

In addition to supporting USP’s efforts to monitor and document the health of Fiji’s coral reefs, the data collected will be added to GUE’s growing Project Baseline database, aimed at establishing baselines for underwater ecosystems worldwide.

Project Baseline is a global grassroots conservation effort started by GUE to aid in the conservation of the world’s aquatic environments. It encourages divers around the world to systematically and continually document underwater conditions at their local dive sites in a reproducible manner, share their observations via the Project Baseline online database, and cultivate collaborations in which their work will benefit ongoing scientific and conservation efforts.

Project Baseline expeditions, such as this one in Fiji, foster collaborations between scientific, government, and private entities aimed at understanding and protecting the world’s most special marine environments and endeavor to leave behind ongoing locally run teams who will carry on the Project Baseline mission. 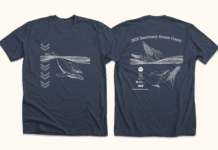 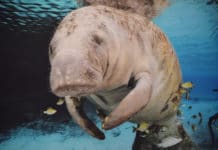 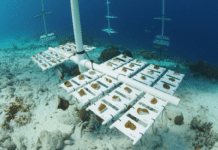