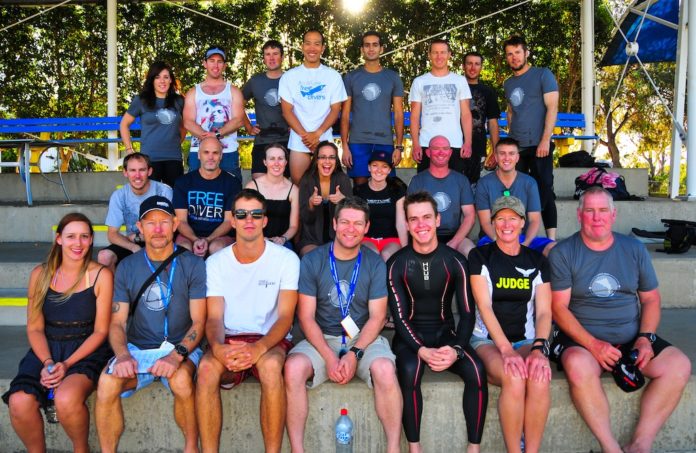 The Curtis Coast Freedive Challenge has just concluded in Gladstone on Australia’s far north coast. Held on 12th and 13th October 2013 and in an Australian first, the entire competition was filmed both above and below water and broadcast live across the world via an internet feed with live commentary, including live commentary and interview with athletes. As well as the live feed, the competition included a number of monumental landmarks including several National Records across three countries, the first ever performance in freediving history (and subsequent 3 National Records) from an Iranian competitor, the first Australian heats/finals format and a landmark 200m Dynamic dive from Australian Champion Amber Bourke. Bourke, recently placed on the podium at the AIDA Pool World Championships in Belgrade, Serbia where she performed a 196m dive. During the competition she managed to extend this by 4 metres and become the first Australian woman to reach the monumental 200m mark. Pejman Siavoshi recently moved from Iran to Australia and has started training with local club Brisbane Freedivers a month earlier. With relatively little experience, he secured Iran’s first ever freediving National Records with a No Fins performance of 57m, a static breath hold of 4:48 and a Dynamic with Fins performance of 69m. 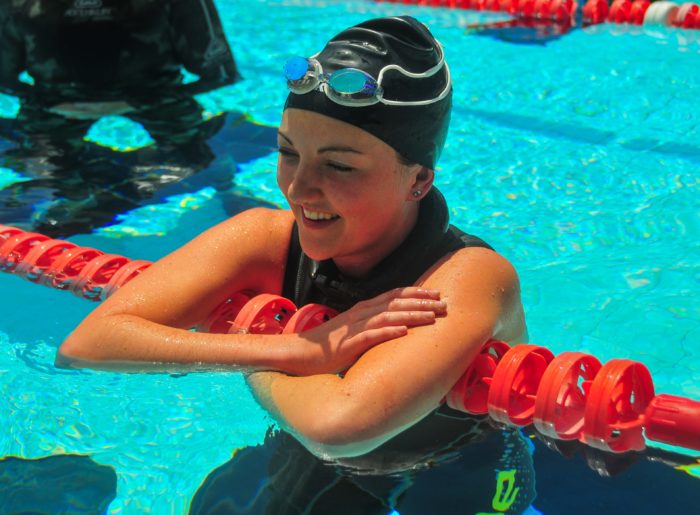 The first event of Day 1, Dynamic No Fins ended in being a test of character as all competitors battled the hot conditions and first day nerves, resulting in a number of disqualifications and penalties. Notable performances were realised from Amber Bourke (151m), Leigh Woolley (163m) and a Singapore National record for Jonathan Chong (99m).

The afternoon’s static sessions was a little more relaxed and saw some solid performances, the best of which was from Jonathan Chong (5:23). 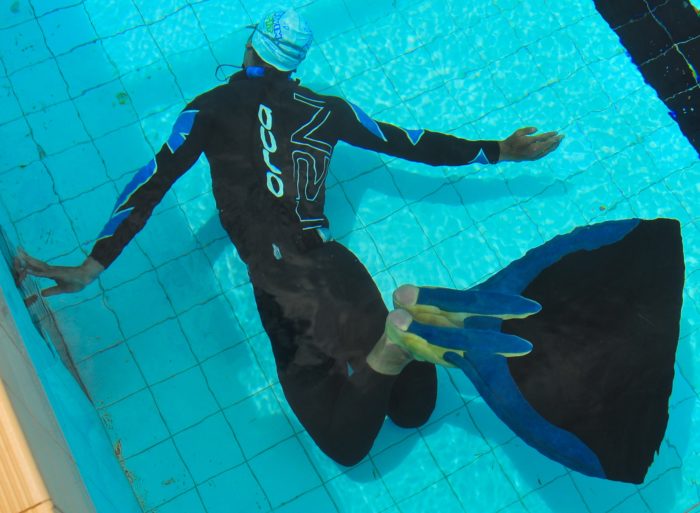 Day 2 saw the climax of the competition with the heats and finals for Dynamic with Fins. Early in the day another Singaporean National Record fell at the fins of Jonathan Chong with a performance of 126m. Along with Siavoshi (69m National Record) and Chong, strong personal best Dynamic with Fins performance were realised by fellow Brisbane Freedivers Nicole Keating (155m), Leigh Wooley (165m) and Mark Williams (140m). Gladstone local competitors were also well represented with excellent Dynamic performances from Richard Frost (141m with penalty for grabbing before surfacing) and Cameron Sutherland (112m). Jack Hatfield, the sole representative for the Sydney Freedivers club performed a strong 135m Dynamic in the final. The final results and points tally for the 2 days of freediving were:

Judging the event were AIDA Judges Fran Rose, John Wright, Ben Noble and Wayne Judge. Ben Noble, Treasurer of AIDA International and Wayne Judge, President of the Australian Freediving Association also provided live commentary of the entire event including interviews with all athletes immediately after their dives which was broadcast across the globe.

Organiser and competitor Patrick Falls showed superb logistical skills in bringing the event into fruition and to such a degree of success, particularly seeing as he himself at the age of 20 has only been freediving for a number of months.

One of the goals of the Curtis Coast Freedive Challenge was to raise both awareness and funds for DEBRA Australia, a group providing support for families that are affected by the rare and debilitating skin condition Epidermolysis Bullosa (EB). Please visit www.debra.org.au to find out how you can help too.

The Curtis Coast Freedive Challenge could not have been held without the superb volunteers and safety team and the generous support of the following businesses:

The live feed was provided by the professional team at moviemadness.tv. 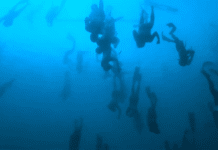