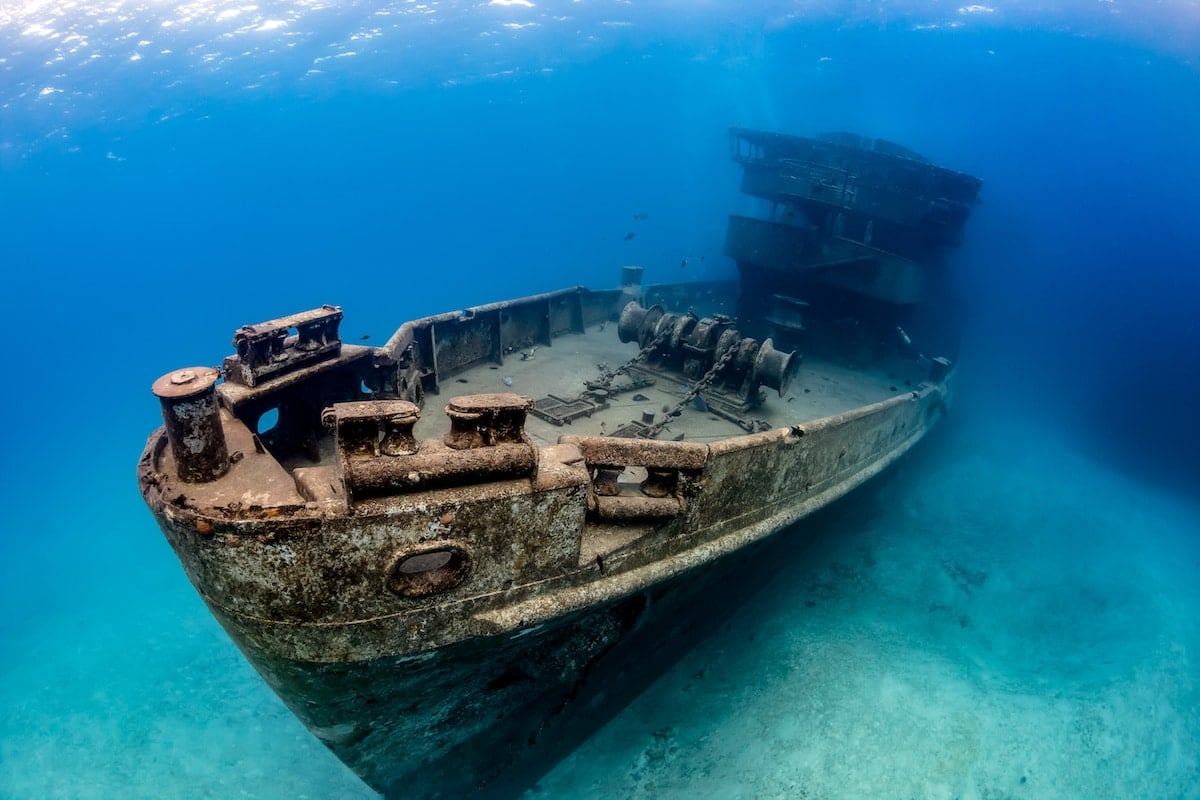 Go wreck diving and you’ll be immersed in living history as you explore coral-covered wrecks and peer into rooms filled with remnants of the past. It is a fascinating type of diving that allows you to explore abundant marine life in small areas and take striking photographs with relative ease.

Contrary to popular belief, wreck diving isn’t just for experienced divers. There are some great shallow wrecks for novice divers to enjoy at top liveaboard destinations around the world.

Micronesia is one of the most popular liveaboard wreck diving destinations and the Fujikawa in Truk Lagoon is a great place to start. Being in a lagoon, this wreck sits in consistently calm waters and is surrounded by paradise islands.

The many artifacts on the wreck truly bring history to life and there are two large bow guns and fighter aircraft to investigate. Just remember to look at the blue once in a while for passing grey reef sharks.

Palau is ideal for combining a variety of wreck dives with other Palau dive highlights, such as big marine life at Blue Corner and fast-paced drift diving at German Channel. The Jake Seaplane is an interesting and relatively new wreck to visit there; having only been discovered in 1994 by a fisherman.

This WWII Navy Seaplane sits upright on a coral head, is mostly intact and is slowly being covered by corals; reminding divers that in the end, nature wins. The Palau Siren of the elegant Siren liveaboard fleet is one of the most popular vessels for exploring the best wrecks of Palau.

Australia has a well-kept wreck diving secret that is one of the top wreck dives in the world. Sitting in the middle of the Great Barrier Reef and visited by only a select few Australia liveaboards, the SS Yongala is as good as wreck diving gets. She is in great condition given she sank in 1911 and is well protected by the Historic Shipwrecks Act.

You can’t penetrate this wreck, but you’ll have plenty to see swimming along her 109-meter-long exterior. The wreck is covered in hard and soft corals and surrounded by huge schools of fish. Dive there and you’ll likely see turtles, sea snakes, bull rays, huge groupers and possibly even bull sharks.

The SS Thistlegorm is on almost every diver’s wish list. This famous wreck sank in 1941 and offers over 121 meters of wreck diving bliss. Explore the interior and you’ll get to see old motorbikes, guns, cargo, and even trucks; all surrounded by diverse marine life. This wreck is popular and best visited during an Egypt liveaboard safari to ensure you’re in the water early before day boat crowds arrive.

If you’re visiting Egypt for the Thistlegorm, be sure to also include Abu Nuhas, the ‘ships graveyard’, in your diving itinerary. This submerged reef is home to five wrecks, including the old 1869 Carnatic. The Chrisoula K is a real highlight of Abu Nuhas and her shallowest parts are at just 3 meters depth. Sitting almost upright on an open sandy area, this wreck is easy to access and very photogenic with her coral-encrusted exterior and plentiful marine life.

If you’re a fan of big pelagics, the USAT Liberty shipwreck is well worth a visit. Not only is this wreck covered in corals, but she also hosts large schools of reef fish, plus blacktip reef sharks, oceanic whitetip sharks, and barracuda. What makes it even better is the wreck is suitable for open water divers.

Another one of the well-known wrecks, the USS Kittiwake has exceptional water visibility, making it a perfect place for new wreck divers. She is 77 meters long and will keep you well entertained with 5 decks, 2 bridges, a navigation room and a huge interior to explore. Dive in and you can see large schools of fish, stingrays, turtles and Caribbean reef sharks.

The Keith Tibbetts wreck is an impressive vessel near the iconic North Wall and the top of the wreck is even accessible to snorkelers. This diverse artificial reef is packed with fish, anemones, dense corals and numerous colorful nudibranchs. As the wreck continues to age and parts fall away, even more crevices are becoming full of life. Make sure you look up for the giant barracuda near the deck and keep your eyes peeled for bottlenose dolphins.

Nassau is a mecca for wreck diving and has two wrecks used in James Bond films; now aptly named the James Bond wrecks. Lying around 13 meters depth, both wrecks can be visited during one dive. There is extensive coral coverage, sea fans, and barrel sponges, plus plentiful fish life at both wrecks. Look closely and you’ll find diverse macro species tucked away in the corals or look around you for large stingrays and turtles.

If you’re looking to really immerse yourself in wreck diving, add Coron to your diving wish list. This island of the Philippines made history during World War II as the site of a battle between Japanese warships and American airplanes. As a result of the battle, there are numerous wrecks to explore in the shallow waters around Coron.

The Olympia Maru wreck is huge at 130 meters long and her main deck is at 18 meters depth, making her easily accessible to less experienced divers. Marine life highlights include batfish, lionfish, and scorpionfish. There is also good coral coverage on the wreck itself. 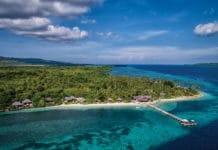 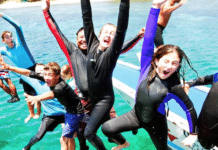