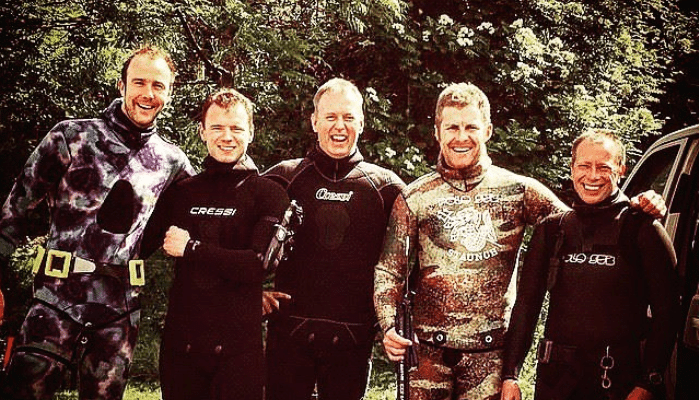 Steve Millard, founder of the Apneists UK Freediving School and Club, has got in touch to let us know that they are launching a new branch in Scotland – suitable called Scotland Freedivers.

Some notable UK champions have come from Scotland – including National Champions Mandy Buckley, Ben and Fiona Gowland. More recently Jason Kirkpatrick has podium-ed in the UK Championships in Liverpool this March will be representing the UK in the World Championships

Steve had this to say to DeeperBlue.com

I have been a Scuba diver and snorkeller for over 20 years. I met my first real Freedivers on a course in 2003 at the 28 metre deep SETT in Gosport. I very quickly became part of this small, but dedicated group to Freediving. Dedicated to training, and dedicated to each other.   The sport was so small at the time, many of the groups were polarised towards the South, especially London. Initially I had no interest in teaching the sport, but as the group stagnated as a few members left the country I decided to set up a school and club called Apneists UK.

In 2010 we started to get a trickle of would be Freedivers down from Scotland, and set up a small Glasgow club. I eventually made the journey up the motorway in 2013 for the first official Scotland Freediving course. It was great, and from that group members started a regular weekly Glasgow session and established a second evening more recently. The Groups North and South of the border meet regularly at dive sites in Scotland and the Lake district and we have joint trips to places like the Farne Islands in the furthest North Eastern area of the English coast. I have met many new friends from these trips, so every time I go up, I feel it is worth it.

The group is continuing to improve its skill set, moving up the qualification ladder, and this year we have the first Edinburgh Freediving course on June the 20th. There is a Glasgow course on the 25th July, there will be four courses a year here. We are running Basking shark trips on the West coast from Oban to Coll and Tiree, we are diving St Abbs on the Scottish East coast. We organised our first Scotland Spearfishing and foraging course on June 6th (to add to the North Wales courses we offer) and the group is arranging an endurance underwater charity event for the RNLI in June so things are really looking good in the area.

If you wish to learn more take a look at the www.learn2freedive.com website.