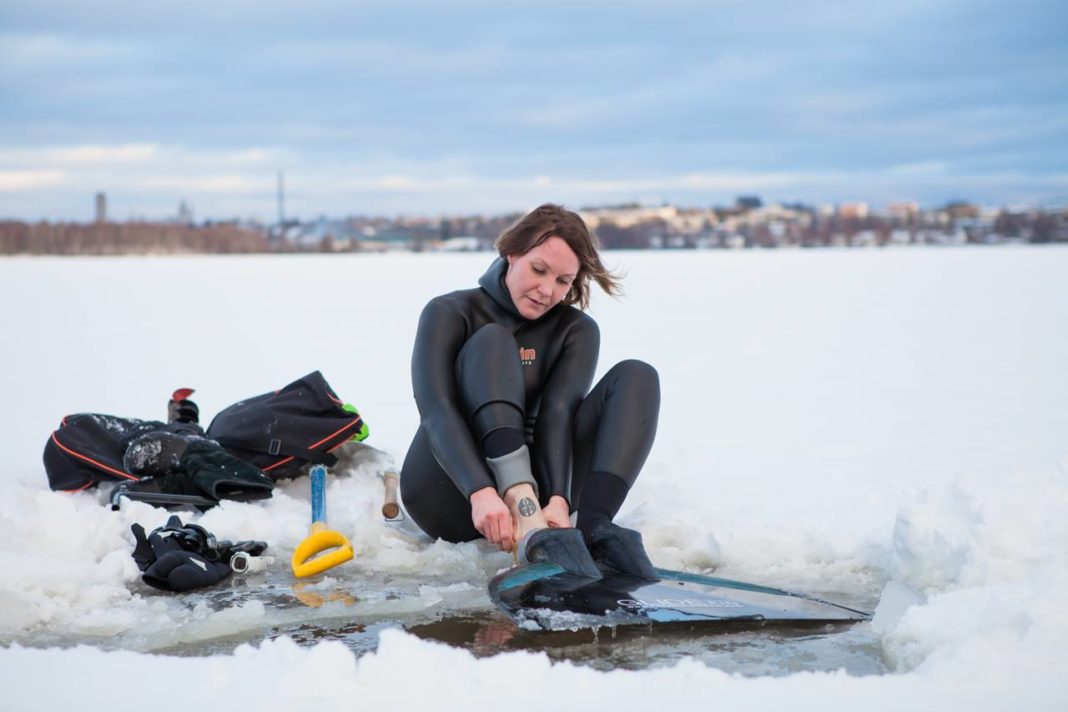 Finnish Freediver Johanna Nordblad has announced that she will be going for a new Women’s World Record for Freediving 50m horizontally under ice with no fins.  This type of record is not officially recognized by Freediving agencies such as AIDA International, however Stig Severinsen famously hit 250 feet (76.2 meters) to set a mens Guinness World Record back in September 2013.

Nordblad will be making her attempt in lake Päijänne, Finland under the watchful eye of organizer Antero Joki on Saturday 14th March 2015. 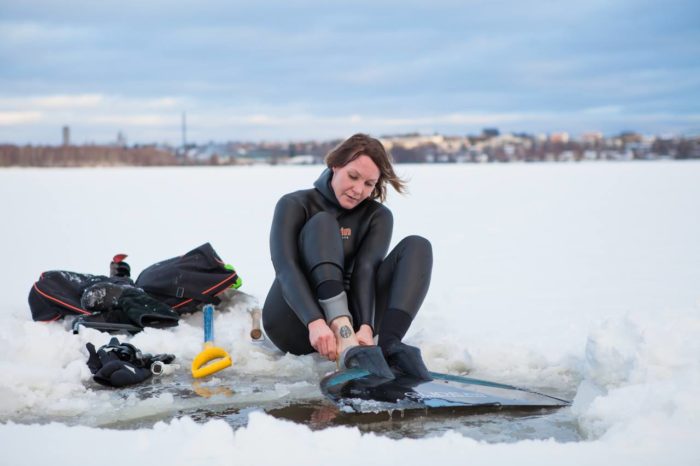 While in Greece, they stumbled on the Ultimate Darkwater Freedive Site.
Read more
Freediving