Freediving in the 1st Fair of Sciences College, Brazil

Recently, in the city of Niquelândia-Brazil, a group of pupils of the College Mônica Saint, of the city of Niquelândia – Goiás – Brazil, motivated for the visit of the record athlete and AIDA freediving instructor Karol Meyer, had carried through a special presentation, in the fair of Sciences, that attracted the local community.

The event counted on the presence of 450 pupils, divided in subjects related with the environment.

They had been videos, photos, information and until an aquarium where they simulated a free diving, practised with the rules of safety of the AIDA Brazil, the images had been also shown in big screen TV, showing incredible scenes of the records that Karol Meyer carried through in the Blue Lake.

"Apnea, previously a relatively unknown sport, now is day to day part of the pupil of the college Mônica Saint, interested in discovering the beauty and the benefits that the sport brings." Daniel Gotardo

Karol Meyer (athlete AIDA TopTen), beyond its new conquests still developed the paper of "coach" of the group of Brazilian and Argentine athletes, who had carried through some records of free diving in the Lake in this year, courses Aida Freediver and Juiz Aida, lectures on the sport for the pupils of the Course of Tourism, a workshop of diving for the devoid children of the PETI – Program of Eradication of the Infantile Work.

"To know that the diving in apnea and the marks that I carried through in Niquelândia had put into motion the interest of the pupils of the fair of Sciences of the College Mônica Saint was, without a doubt, very important. I am honored, also, for the homage. Freediving is not only a sport, it also is within sciences – stimulating adolescents to understand questions of physics and interaction with the aquatic world, and also stimulaes the necessity of ambient preservation e, in tourism, assisting to propagate the beauties of the place." 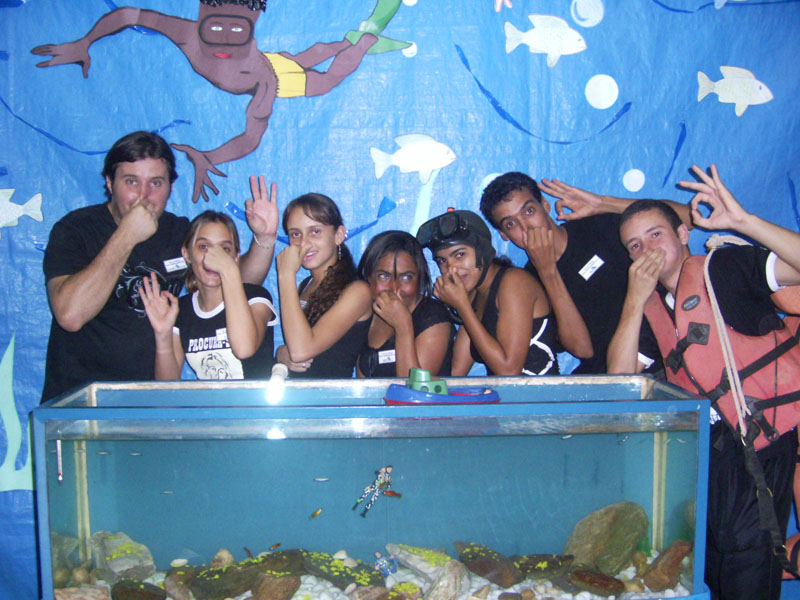