New details have come to light surrounding the death earlier this year of filmmaker Rob Stewart, and they are potentially pretty explosive.

Stewart had been working on his new film “Sharkwater: Extinction” off the Florida Keys at the time of his death. The original account was that he and his dive partner had surfaced after a 200-plus-foot dive, and while Stewart’s dive buddy was experiencing disorientation after boarding the charter boat, Stewart himself disappeared under the waves.

In the wake of his death, Stewart’s family filed a lawsuit that names Peter Sotis, Stewart’s Rebreather (CCR) instructor and buddy on his final dive, and Sotis’s company Add Helium as well as the charter company Horizon Dive Adventures as a number of defendants after declaring his death was a “preventable tragedy.”

Horizon subsequently filed a claim alleging that Stewart’s rebreather, made by REVO, was one of the reasons for his death.

Court documents filed by REVO, however, dispute this, stating that the computer data from the rebreather showed the rebreather was working just fine.

One element that came to light from testimony from the boat captain was that Stewart was on the surface for 3 minutes when he then became incoherent and unresponsive with no assistance rendered from the boat crew as “it was up to the passengers to decide if they wanted to voluntarily enter the water to save a drowning man.”

The captain is accused of driving the boat away from Stewart when he became unresponsive. They should have sent someone in after him, the court papers allege.

The boat’s captain, David Wilkerson, said in a statement that he was repositioning the vessel to bring a tagline to Stewart:

“I repositioned the boat to get the line to Rob immediately, at which time he disappeared from the surface, this took approximately 10 seconds to reposition the boat.”

“Among other things, the divers tampered with evidence by using Stewart’s breathing gas in an attempt to inflate his scuba gear, and they failed to photograph the scene using either the [remotely operated vehicle] or an underwater camera.“ 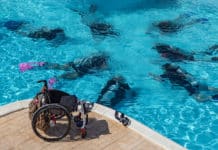 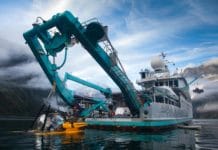 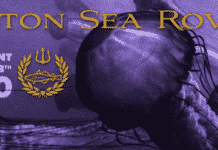