“You only get one life. Go out there and live it.”
– Gemma Smith, Sport Diver magazine, January 2018

Many people refer to cave and technical rebreather diving as the world’s most dangerous endeavors. Gemma Smith would be the first person to remind us that getting to the site can be as risky. She recently suffered life-threatening injuries after being struck by an automobile as she walked on the side of a road in the Faroe Islands. But Gemma has never been one to balk at challenges. At the age of 27, she has already accomplished more than most retired professional divers. She’s known as an industry thought leader, motivator and technical diving instructor of the highest caliber.

Gemma’s diving career began at the age of 17 after she had already dabbled in almost every other outdoor adventure activity imaginable. Thanks to home-schooling in her teens, she pursued interests in skydiving, bushcraft, kayaking, flying and white water rafting. But diving was different for her. Once she got beneath the surface, she knew she had found her element. In 2012 she qualified as a PADI Open Water Instructor and launched her full-time diving career. She quickly developed an interest in technical diving achieving hypoxic trimix, rebreather and cave diving qualifications soon after.

Gemma worked as an instructor at one of the Caribbean’s busiest technical diving centers, Divetech, Grand Cayman. She earned her CCR Instructor rating during her tenure there and made her deepest dive at 155 meters while testing a new camera housing for Nauticam.

“I had the pleasure of working alongside Gemma during her time at Divetech. Her passion for the sea and everything in it was contagious amongst the Divetech team as well as all of the customers that had the pleasure of diving with her. I admire her as such a strong woman, physically and mentally, bad ass diver and someone who was able to share her love of the sport with everyone that she came into contact with. Along with her contagious smile, she also left a wealth of diving knowledge here in the Caymans that will live on forever.  She embraced her time at Divetech as she does with everything in life, as a new adventure to learn from and new experiences to keep in her heart and reflect back on for the rest of her life.”

After leaving the Cayman Islands, Gemma turned her attention to training as a diving medic and safety officer. She qualified as a First Person on Scene (FPOS), HSE First Aid At Work and Diver Medical Technician (DMT). With that experience in hand, Gemma began consulting with Woods Hole Oceanographic Institute (WHOI), and the US National Parks Service. She trained, supervised and guided dives on expeditions and training sessions with both groups.

“Gemma and Dark Water Technical Divers have worked with NPS on numerous projects and training sessions from OC cave, CCR cave, to the recovery mission of a lost US veteran in Croatia, and more… Before this accident, Gemma was already an inspiration to divers around the world. With her positive attitude and determination to get back in the water, she will be an even bigger influence and role model to a broader audience.”

As the daughter of two parent/archaeologists, it is no surprise that Gemma found an interest in shipwrecks. Her early diving activities included stints on WWI and WWII shipwrecks in British waters, but more recent work has taken her to Greece. Gemma has been a team diver and medic working on joint projects between WHOI and the Greek Ephorate of Antiquities including the Mentor Wreck in Kythera and the Antikythera Mechanism wreck in Antikythera. As a safety diver for an archaeologist, she assists in the documentation, excavation, and recovery of artifacts from the 60 m deep wrecks. This work has led to significant attention from international media including National Geographic.

PADI has noted Gemma’s instructional abilities. She has received two special commendations for her excellence in teaching from the organization and has been appointed as a PADI Ambassadiver. Manufacturers Suunto and SubGravity also feature her as a brand ambassador for their products.

Gemma will be facing a long recovery ahead, but she is already shopping for new sidemount rigs that will make it easier for her to get to the water. Despite the pain she is currently enduring, she is determined to support others who face challenges in life.

Friend and colleague Emma Farrell remind the diving community that,

“Being a freelance instructor is a precarious job. In a few seconds, Gemma went from having the ocean at her feet to being unable to walk, unable to earn any money, and possibly losing her legs.”

But Smith rises with courage on her Facebook page. Four short weeks after the accident she posted,

“I have been given an incredible opportunity to encourage people into diving who might think it beyond them. I WILL dive again (in whatever form that may take), and I intend to try and encourage and support all those people who may struggle or doubt their abilities to do the same. I feel like I have an incredible opportunity to show that determination and stubbornness will get you anywhere in this life. While this accident isn’t what I ever wanted, in a strange way, I see so many positives from it. What else can we do but see the good in life, and make the most of it all?”

Close friend Barbara Krossteig, who was also struck and seriously injured by the same vehicle might be Gemma’s next student.

“Gemma’s bravery and smile have added to my resolve to make a full recovery and even get over my fear of water and learn how to dive.”

If you would like to support Gemma, there is a crowdfunding campaign set up to support her in her recovery. 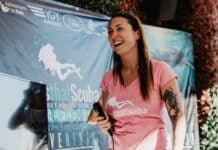 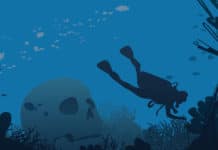 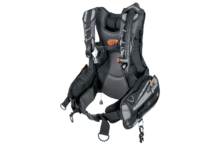