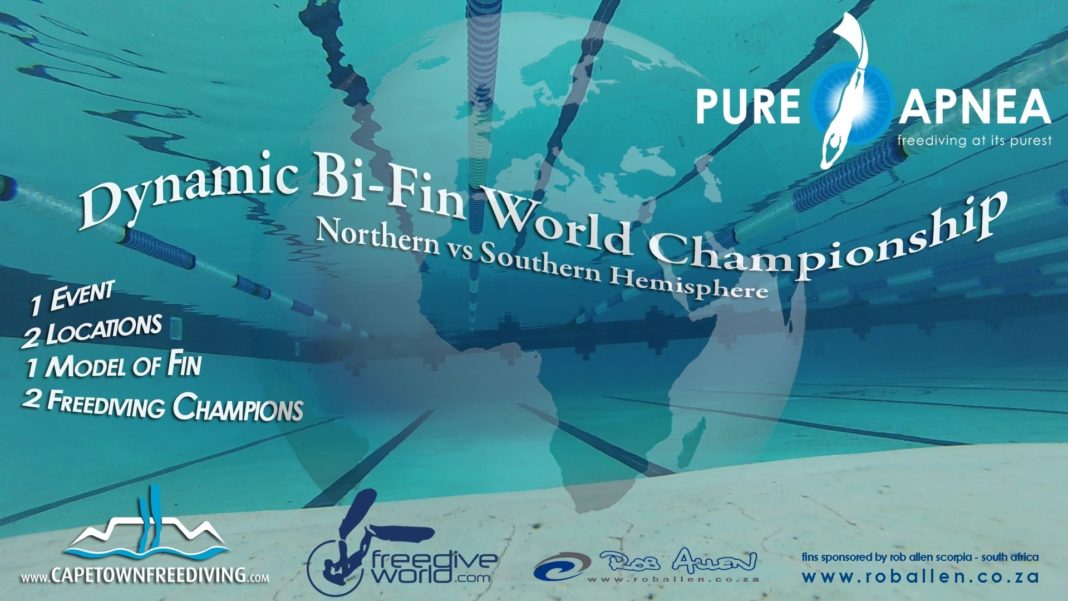 Roman Ondruj (Freedive World) will be the head organizer of the Northern competition, while John Daines (Cape Town Freediving) with the assistance of the local ‘Team Zissou’ freediving training group will be organizing the Southern competition.

“The event will feature just one freediving discipline, Dynamic Apnea with Fins (Bi-fins). Pure Apnea will be pioneering a new concept for world record freediving competitions . . . a single make and model of bi-fins to be used by all competitors! We believe that this will level the playing field amongst the athletes.”

Rob Allen will be providing sets of their Rob Allen Scorpia fins for all athletes to use at the competitions.