DOHA, Qatar — A proposal to ban the export of Atlantic bluefin tuna was rejected today by the United Nations at an international wildlife meeting. Although the United States of America vigorously backed the proposal, many developing nations instead joined Japan to oppose it because they feared the ban would devastate fishing economies.

Introducing the proposal at the 175-nation Convention on International Trade in Endangered Species, or CITES , Monaco advocated in support of a ban, stating that extreme measures for the iconic, migratory fish were necessary because the stocks have fallen by 75 percent due to widespread overfishing. Atlantic bluefin tuna are highly sought in the global market; the fish are especially prized for sushi. 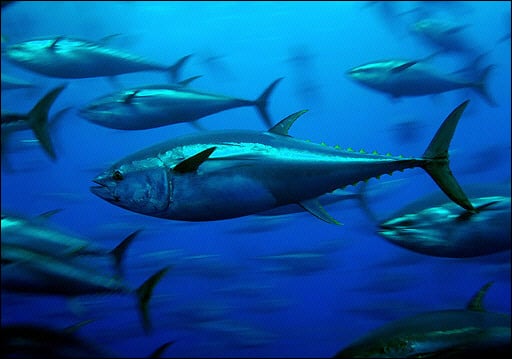 The proposal failed by a vote of 20 for, 68 against, and 30 abstentions. Only the United States, Norway and Kenya supported the proposal outright. The European Union asked that implementation be delayed until May 2011 to give authorities time to respond to concerns about overfishing. Japan, which consumes around 80 percent of the world’s bluefin tuna catch, sent its chief delegate Masanori Miyahara to the CITES meeting. Miyahara arrogantly and perhaps foolishly declared that Japan would not only oppose any bans but that they would ignore them.

“Today’s CITES committee vote not to protect Atlantic bluefin tuna is an unfortunate step backwards. This deeply disappointing and irresponsible vote signals a bleak future for this iconic fish.”

As reported in the Japan Times Online a measure of the bluefin’s scarcity and corresponding value is very evident in the marketplace. Just a couple of months ago, the owners of two sushi restaurants, one in Japan and one in Hong Kong, banded together to pay an astronomical $175,000 for a 233-kg bluefin tuna at Tokyo’s Tsukiji fish market. The demand  for blue fin tuna is so great that the fish are disappearing fast in both the Atlantic and the Pacific oceans.

To read more about the actual economic impacts of a CITES Appendix I Listing for Bluefin Tuna download a comprehensive report here.