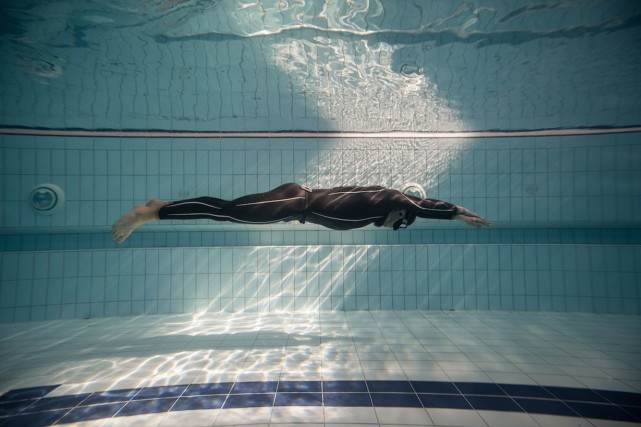 The performances at the Great Northern never disappoint and this year was no different with fourteen different countries participating. Keeping in tradition, national records for the United Kingdom were also set.  On day one, John Moorcroft, the first diver of the day, kick started the competition with a record in dynamic no fins of 176m and on day two, Georgina Miller set her record in static with 6 minutes and 33 seconds.  John swam just over 7 lengths of a 25m pool on one breath with no fins, smashing his previous record of 167m, set at last year’s competition.  Georgina Miller’s previous record was 6 minutes and 27 seconds set in 2014 at the 7th Mediterranean Freediving World Cup, and she pushed it an impressive six seconds longer. Watch a video of the new national record static by “Gorgeous George” here below:

The UK male winner was Dan Betts with three strong performances, white cards and big smile at the end:  115m DNF, 05:39 STA and 151 DYN.  Coming in second for the Brits was Josh Walton of Bristol Freedivers and in third Jason Kirkpatrick from the Glasgow Apneists UK group.  In first place for International male Matej Bergoc of Slovenia with incredible holds:  140 DNF, 07:07 STA and 183 DYN, in second Stephan Heiss and in third David Fournier.

The winners of the Newbie Awards were Jason Kirkpatrick (05:17 STA) and Alison Hicks (151 DYN), with already impressively big holds and swims and a lot of promise for the future.  Rumor has it that both athletes look set to join the UK Team at the Pool World Championships in Serbia!

The Great Northern is a competition that celebrates achievements across the board, it recognizes that freediving is not always about numbers and times but about personal achievements and obstacles overcome.  The sense of atmosphere at this year’s competition spoke volumes, with athletes from clubs all over the UK and indeed the world, coaching, congratulating and celebrating personal bests with genuine enthusiasm. Thanks to Aqua Sphere, Aqua Lung, Fins4u and Tidy Tide for making the competition possible. 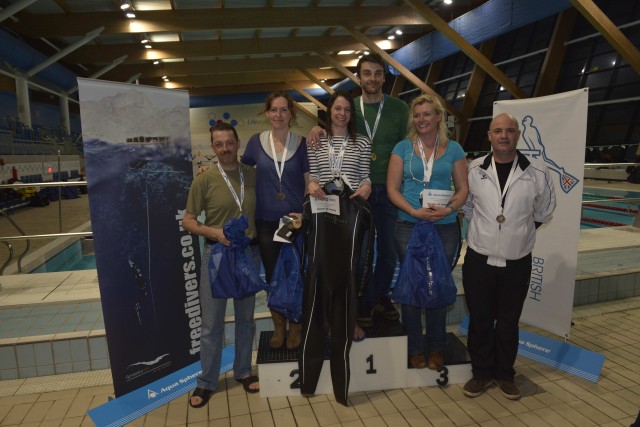