On almost every dive, researcher Alejandra Hernandez brings a camera along.

But far removed from contemporary social media culture, she uses her lens as a tool to develop data, not selfies. As a coral reef ecologist, Alejandra is principally concerned with community and population dynamics and how organisms respond to a changing environment.

By combining photogrammetry with enhanced software, she and her team are able to stitch those pictures together to map underwater ecosystems and topographies. And in turn, photo mappings generate massive data sets about various coral colonies, including depth, habitat, how they thrive, precise location, etc.

When she’s not in the field, Hernandez spends time in the lab poring over these data and developing in-depth reef maps that describe the overall health and vitality of marine ecosystems.

When we reached her, she was looking for a particular coral species, Sunray Lettuce Coral, which due to climate change is becoming harder and harder to find.

“This coral used to be super common back in the 80s,” she explains. “It’s endemic to the Caribbean, but now it’s very rare. So I’m using these maps to canvas portions of the reef and find it. It takes a lot of sampling and photography to locate because it’s so low abundance, so I’m interested to see what’s the cause of this big decline.”

A native of Caracas, Venezuela, Alejandra grew up near the ocean because her grandfather was from a nearby island. Regular vacations to visit meant that from an early age she was in the water playing and exploring.

These early experiences planted the seeds for the curiosities that would bloom later in her life. Every time she visited, new questions arose.

“How do these animals manage to live underwater?” she remembers asking herself. “How are they doing it? Why do they look this way? How could they breathe? How could they eat? I was always curious about these things, even though there were no other marine biologists or ecologists in my family.”

To follow up on these questions, Hernandez studied marine biodiversity for her undergraduate degree. As a supplement to her studies, she interned in a coral reef lab in 2006, and that was when she earned her Open Water dive certification.

Those preliminary lab/diving opportunities helped Alejandra write her thesis, but her diving and career truly accelerated while working as a research assistant in another lab where she studied not only coral reefs, but also rocky shores, mangroves, and other marine environments. That opportunity, she says, really opened up what she could achieve in the water.

With her undergrad and a ton of lab work under her belt, in 2014 she headed to Australia to earn her Ph.D. and complete her academic education.

Her robust resume put her on the shortlist of Cal Academy’s Scientific Diving Program, which offered her a job in 2018. Working under Mauritius Bell, Alejandra got trained up on the PRISM 2 Rebreather.

A big part of CalAcademy’s research mandate involves the study of the ocean’s mesophotic zones, which exist at depths roughly 120 to 450 feet deep. The P2 enables CalAcademy’s researchers to access these depths for extended periods of time without the constraints of open-circuit equipment. Without rebreather capability, much of Alejandra’s research for CalAcademy would be impossible.

“I feel safe with the team at the Academy,” Alejandra explains, “And with rebreathers, you need to be at the top of your game. So for me, it was really important to find a group where I could feel like that.”

Contrary to how most people start diving, Alejandra never really had a recreational phase. Most folks like to go diving for fun, she jokes, but that type of diving mostly just makes her bored and ready to get technical.

“For me,” she says, “I always just wanted to work with corals, so recreationally, I’ve done some diving, but most of my growth in diving is for research. It’s funny, every time you finish a big trip, you’re like: ‘Ugh! I just wanna do some dives for fun!’ But when I do a dive for fun, I get bored, haha.” 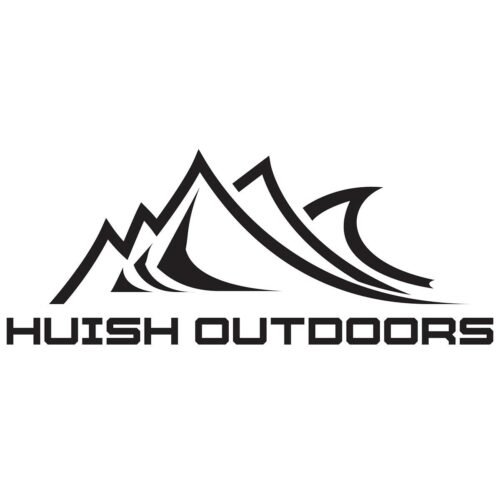 Huish Outdoorshttp://huishoutdoors.com/
Huish connects people and their passion, with the best brands in dive.